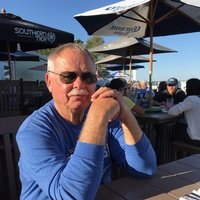 Frank F. Bubel, 74, of Deerfield passed away on Saturday, May 11, 2019 at the Cleveland Clinic in Ohio surrounded by his loving family. Frank was born in Utica on June 6, 1944, a son of the late Frank and Alvina (Cardinal) Bubel. He was raised and educated locally. Frank proudly served in the US Air Force from 1962-1966. In 1966 at Grace Church in Utica, Frank was united in marriage to Marion Prigoff. Frank worked for the NYS Canal System, G.E., IBEW and for more than 25 years at Indium Corp. retiring in 2015. After his retirement, he continued to work for Indium Corp. until his passing. Frank was a member of American Legion Oriskany Post, Deerfield Seniors and the Deerfield Democratic Club. In his spare time he enjoyed wood working, crossword puzzles and spending time with his friends at Dave’s Diner and Indium Corp. Frank was dedicated to his family and took pride in cooking Christmas Eve Dinner. One of Frank’s greatest loves was watching his grandson play baseball and football. He lived by the motto that, “Life is what you make it.” He shared with his family that he tried to live his life being a good friend to everyone and all that were lucky enough to call him a friend would surely agree. Frank is survived by his beloved wife, Marion; a daughter, Stephanie Sacco and husband, Philip, of Deerfield; a son, Frank P. Bubel and wife, Susan, of Winston-Salem, NC; two grandchildren, Philip D. Sacco, of Deerfield and Dayna Wood and fiancée, Daniel Dizenzo, of New York City; a brother-in-law, Carmen Caramanica, of Utica and a niece, Elizabeth Zumchak and husband, Steve, of Utica. Frank was predeceased by a sister, Wendy Caramanica. Mr. Bubel’s funeral will be held on Saturday, May 18, 2019 at 11:00 at the Heintz Funeral Home, 408 Herkimer Rd., N. Utica. Calling hours at the funeral home will be Friday from 4-8. Those so wishing may make donations to the Humane Society in Frank’s memory.