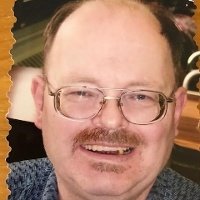 Lynn Neil Marvin, 69, formerly of Utica, NY, died June 17, 2019 at the Clyde E. Lassen State Veterans Nursing Home in St. Augustine, Florida. He was born in Bath, NY to Eva (Holden) Marvin and Claude Marvin. During his early years he lived around Corning, NY and graduated from the Corning-Painted Post West High School. Following high school, Lynn enlisted in the U.S. Marine Corps for three years. He was in the Vietnam War for 13 months as a Radio Operator and Forward Observer. He was then assigned to Subic Bay in the Philippine Islands. After discharge, Lynn went to college, graduating from the Auburn N. Y. Community College and then went to Buffalo State University. After college, Lynn worked for a few years as an Electronic Technician in Rochester, NY. Upon becoming ill, Lynn returned to Utica and spent the next number of years in hospitals and group homes including the Rescue Mission. In 2010, Lynn moved to St. Augustine, Florida to be with his father and sister. In 2012 he was admitted to the Clyde E. Lassen State Veterans Nursing Home. Lynn was preceded in death by his mother, Eva (Holden) Marvin in 2007. He is survived by his father, Rev. Claude Marvin, of St. Augustine, Florida and two sisters, Dr. Patricia Marvin, of St. Augustine, Florida and Denise Marvin, of Adirondack, New York. There will be a graveside service at Crown Hill Memorial Cemetery, Clinton on Thursday, July 11, 2019 at 11:00 am. Arrangements are by Heintz Funeral Service, Inc., N. Utica.