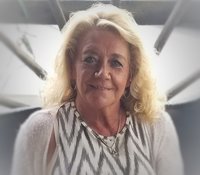 Debbie O’Neill, 67, of Utica, NY, passed away the morning of June 15th, with her daughters by her side in the Palliative Care Unit of Strong Memorial Hospital of Rochester, NY after having been recently diagnosed with cancer. Debbie was born on December 25, 1952 in Boonville, NY. She became well acquainted with being a hard worker at a young age, as her parents owned and operated a dairy farm in Constableville, NY. Debbie graduated from South Lewis High School in 1971 and received her Associates Degree from the Utica School of Commerce shortly thereafter. She was employed with General Electric, Lockheed Martin and Martin Marietta, followed by The United States Bankruptcy Court where she retired from. In recent years post retirement, Debbie was employed at R.A. Wood Associates. She always liked to keep busy. Debbie was an active member with The American Heart Association for over 25 years. She walked in the Heart Run and Walk and was the face of Team O’Neill. She also served on the Incentives Committee and solicited donations from businesses near and far. Debbie volunteered with Hospice Care annually for Epicurean Delight and looked forward to volunteering at the Great American Irish Festival each year. Debbie enjoyed gardening and sunbathing and loved visiting Cape May, NJ with her sister Karen and brother-in-law Joe, and summer weekend trips to “the river” with sister Susie and brother-in-law Nick. Not only was she born on Christmas; it was her favorite holiday. Debbie had an affinity for collecting snowmen. Debbie is survived by her two daughters, Peggy O’Neill, Denver, CO and Katie O’Neill, Utica, NY. Her sisters Terry Wiley, Utica, NY, Susan Nortz, Lowville, NY, Karen Schue-Baruth, Constableville, NY and Donna Schue Griffin, Rochester, NY. Debbie is also survived by her in-laws; Joe Baruth, Nicholas Nortz, Bryce Griffin, Mark O’Neill, Susan O’Neill-Roberts, several special nieces and nephews and cherished friends and neighbors that were like family. Debbie is predeceased by her father and mother Gerald and Ruth Schue, father-in-law and mother in-law John M. O’Neill and Dorothy O’Neill, son Sean O’Neill and husband Kevin O’Neill. A memorial Mass of Christian burial will be held on Wednesday, June 24th at 11:00 am, at St Marks Church in North Utica, which all are welcome to attend. Due to social gathering restrictions, the family is limited in the number of friends to join them after mass. Invites of those we are allowed have been extended. In lieu of flowers, donations can be made in the name of Team O’Neill to the American Heart Association, Hospice & Palliative Care Inc.