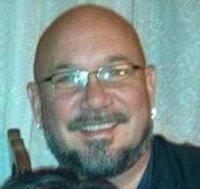 Mr. Joseph Otto Kallasy, 53, of New Hartford, passed away unexpectedly on Sunday, October 4, 2020 at St. Elizabeth Medical Center, with his loving family by his side. Joseph was born in New Hartford, on January 4, 1967, the son of Louis (Weis) and Edna (Dellers) Kallasy. He was raised and educated in Utica, was a graduate of Proctor High School and attended MVCC. On August 4, 1990, Joe was united in marriage with Christina M. Ruggiero. At one time, Joe was employed with Oneida County DPW, later with NY State Highway Department, Edna’s Restaurant on South Street in Utica, was owner of Quiznos in New Hartford and most recently, owner and operator of the Village Pub in Yorkville. Joe enjoyed fishing, playing softball, trips to Saratoga Race Track, organizing fund raisers and especially cooking and catering. He also enjoyed tailgating at Utica College Football games, and entertaining his family and friends at his annual pig roast. He was an avid Los Angeles Dodgers, Boston Bruins, NY Giants and Los Angeles Lakers fan, was a member of the SAC Club in Utica and was of the Catholic Faith. Mr. Kallasy is survived by his wife, Christina; two cherished children, Dr. Tyler Kallasy and Dr. Courtney Wheeler of CA and Shae Kallasy and Thomas Fiorentino, Jr., of Canandaigua; one sister, JoAnn Grimaldi of Whitesboro; two brothers and three sisters-in-law, Bob and Vicky Zysk of Yorkville, Tony and Sue Zysk of N. Utica and Andrea Ruggiero-DeLoach and Gary Cameron of FL; nieces and nephews, Dan and Barbara Camerota, David and Kim Camerota, Anthony Camerota, Bobby Zysk, Jr., Richie Zysk and his fiancé Erica Ingersoll, Trista and Jason Brown, Anthony Zysk III and Carrie Santoro, Tina and Fred Thur, Janea DeLoach and Olivia DeLoach; one uncle, Bob Dellers; four lifelong friends, Tony Penc, Stash Penc Mike D’Ambro and Fred Heintz, as well as several great nieces and nephews, great great nieces and nephews, cousins and friends too numerous to mention. He was predeceased by his parents, Louis (Weis) and Edna, brother, Louis Kallasy, brother-in-law, Carmen Grimaldi and father-in-law and mother-in-law, Joseph and Joyce Ruggiero. Joseph’s funeral will be held on Thursday, October 8, 2020 at 10:00 a.m. at the Heintz Funeral Home, 408 Herkimer Rd., N. Utica and 11:00 at St. Louis Gonzaga Church, where his Mass of the Divine Liturgy of The Faithful Departed will be celebrated. His interment, in Calvary Cemetery will be held at the convenience of the family. Calling hours for family and friends are Wednesday from 4:00-7:00 p.m. Those wishing to make a donation in Joe’s memory, please consider the Children’s Miracle Network, MVHS Foundation, 1676 Sunset Ave., Utica, NY 13502. https://www.mvhealthsystem.org/childrens-miracle-network/cmn-donation-form Envelopes will be available at the funeral home. Joe’s family extends their heartfelt gratitude to Diana and Nicole, and the rest of the St. Elizabeth’s, ICU and ER staff, for the wonderful care and compassion you provided to Joe. A special thankyou to the Priore, Sokolowski, Harmon, Murad and Leone families, for the love and support you have shown during this most difficult time. Your friendships will never be forgotten.