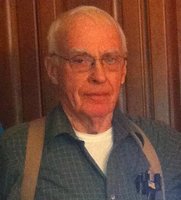 Mr. Thomas W. Nolan, 86, of N. Utica, passed away on Sunday, January 17, 2021 at Faxton-St. Luke’s Healthcare in New Hartford. Thomas was born in Utica, on February 2, 1934, the son of James W. and Mary Rose (Cunningham) Nolan. He was raised in Utica, was a graduate of Utica Free Academy and earned his bachelor’s degree in mechanical engineering from RIT. Thomas proudly served in the US Army from 1953-1955. Thomas was happily united in marriage and shared a loving union for 62 years with Marianne Jacklyn Lynch. For many years until his retirement, Thomas was employed as a field engineer with Chicago Pneumatic Tool Company. He was a motorcycle enthusiast and an antique car enthusiast and was the proud owner a Model T and a Franklin. As a pilot, Thomas found great peace and enjoyment in flying, especially in his own two self-built airplanes. He grew up camping in the Adirondacks, an activity he loved, that his family still enjoys today. As an outdoorsman, he enjoyed scuba diving and down hill skiing. Thomas was a member of EAA (Experimental Aircraft Association), Civil Air Patrol and was a parishioner of St. Peter’s Church in N. Utica. He was also a dedicated volunteer with Big Brothers and Big Sisters and as a van driver for the Presbyterian Home in New Hartford. Mr. Nolan is survived by his beloved wife, Marianne; one daughter and son-in-law, Judith and David Husted of Westmoreland; daughter-in-law, Elizabeth Nolan of Whitesboro; three cherished grandchildren, Kevin Nolan, Kelly Husted and Patrick Husted and one nephew, James McLaughlin of Houston, TX. He was predeceased by his son, John Patrick “Jack” Nolan and a sister and brother-in-law, Frances and Bob McLaughlin. A memorial Mass of Christian burial will be held at a later date. Thomas will be laid to rest with his son, in St. Agnes Cemetery in Utica. There are no calling hours. Mr. Nolan’s family extends a big thank you to Dr. Amy Gorczynski and the staffs at the Presbyterian Home and Faxton-St. Luke’s Healthcare, for the wonderful care and compassion they provided to Thomas. Your kindness will not be forgotten.