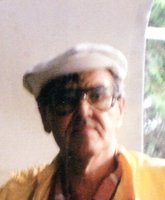 Mr. Michael A. Turturo, 61, of New Hartford, passed away on Wednesday, February 10, 2021 at Faxton-St. Luke’s Healthcare in New Hartford. Michael was born in New Hartford, on February 24, 1959, the son of Nicholas and Pauline (Collette) Turturo. He was raised and educated locally and was a graduate of Proctor High School. Michael has been employed by Price Chopper in New Hartford for 15 years. Prior to that, he worked at Sangertown Square Mall for 21 years. Michael enjoyed talking to friends about politics, gardening and walking. Mr. Turturo is survived by a brother and sister-in-law, David and Donna Turturo of N. Utica; half-sister, Isabelle Smith; two aunts of Malone, NY as well as several nieces, nephews and cousins. He was predeceased by his sister, Judith Turturo, brother, Nick Turturo, half-brothers, Rodney Quesnelle, James Turturo Sr., Phillip Turturo and Frank Turturo and half-sisters, Linda Jones, Grace Borowski and Agnes Delberto. Michael’s family extends their heartfelt gratitude to the staff at Faxton-St. Luke’s healthcare for their care and compassion that was shown during his last days.