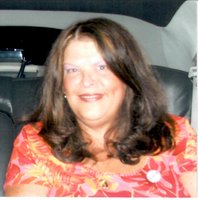 Mrs. Cynthia (Gaffney) Symonds, of New Hartford, passed away on February 17th at St. Elizabeth’s Medical Center at the age of 66, following a long illness. Cynthia was born in Utica, on October 23, 1954, the daughter of James and Alyce (Manzinger) Gaffney. She was raised in Utica and was a graduate of John F. Kennedy High School. Cynthia spent the bulk of her career as manager of the Fannie Farmer store at the New Hartford Shopping Center and then at the Neighborhood Center in Utica. On October 13, 2007, Cynthia married Clifford Symonds at Our Savior Lutheran Church in Utica. Together, they enjoyed a wonderful partnership until Clifford’s passing on April 14, 2019. Although Cynthia never had children of her own, she was a devoted aunt to her nieces and nephews. Year after year, event after event, everyone could count on Cynthia to be there to lend support and cheer from the sidelines. This tradition of devotion continued with her great nieces and nephews. After retirement, Cynthia made seeing her great nieces and nephews games and performances a high priority. Always adventurous, Cynthia loved to travel and Maine was one of her favorite destinations. Like so many others in her family, Cynthia loved a great game of pitch. Some of her best memories were from Cynthia’s pitch league playing days with her best friend and partner in crime, her beloved sister, Susan. Cynthia is survived by her stepchildren, Todd and Michelle Symonds, Darlene Hartman (Bob), and Clint Symonds (Danielle); her step grandchildren, Melissa (Larre), Jackie (Aaron), Nicole (Mat), Brittany (Tom), Michael, Brandon, Daniel, Ashley, and Savanah; her brother-in-law, Carl Schrader, of Marcy; sister-in-law, Liz Thomas, of New Hartford; aunts, Patricia Gaffney, of Utica, Charlene Gaffney, of TX and Betty Jane Murtaugh, of Holland Patent; nieces and nephews, Karl Schrader and Jennifer Schrader, both of Marcy, Nina and Anthony Cosamano, of Marcy, Philip and Jessica Casamento, of Barneveld and James III and Lindsay Gaffney, of Mexico, NY and her dear friends, Nicole, Liz, Barb, Liz, Roseann, Diane and Carol as well as several great grandchildren and great nieces and nephews and her best friend and canine companion, Ally. She was predeceased by her husband, Clifford; parents, James and Alyce; sisters, Linda Schrader and Susan Casamento; brother and sister-in-law, James Jr. and Linda Gaffney and nephew, Enzo Casamento. A funeral mass for Cynthia will be held on Saturday, March 6, 2021, at 9:30 at St. Paul’s Church, Whitesboro. Masks must be worn, social distancing and contact tracing will be implemented.