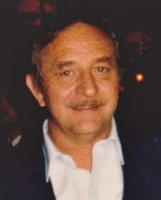 Benjamin, “Benny” Urgan, the legend, passed away peacefully on Monday, July 5th with family by his side. Born January 1, 1932 in Inlet to Albert and Alfreda Urgan, he attended school in Inlet then later at The Town of Webb. Ben had a mind for mechanics, fine details were his strong suit and his explanation always the same, “it’s just common sense”. It didn’t take much to get a smirk from Ben, usually while he explained the work that he did that was over your head. He had a cold beer, a garage full of tools and a heart of gold, always willing to help you out. A master mechanic, machinist and welder, there wasn’t anything Ben couldn’t fix. These skills were born of a love for details and necessity, as a pioneer of motocross enduro racing, hill climbs and scrambles, he needed to understand his machines. He won multiple races but was most proud of his NYS Championship title. Known throughout the community for his knowledge when it came to bikes, he was respected and admired by all motorcycle enthusiasts. He always enjoyed riding his motorcycle, dirt bikes, and snowmobiles. He fostered this love in his children and all their friends. He always ensured there were extra bikes and snowmobiles for all the boys and their friends, it was a family affair and family was never defined by blood with Ben. Later in life, Ben picked up golfing, it quickly became a favorite past time. He never hesitated to discuss his drives, making sure you knew he out drove you by a mile and had picked the trade up in his 60’s. He spent hours at his favorite course, The Shamrock in Oriskany, where he won a club championship title and made countless friends. He enjoyed playing pitch, and goading others with his trademark “God hates a coward but he loves a fool.” Ben was employed by Utica Boilers, Johnson and White Trucking, he was an owner of A and U Trucking and spent years working at Harley Davidson of Utica, where he retired from. Ben had a full machine shop in his basement, where he enjoyed working well into his 80’s. Ben is survived by the love of his life, his wife of 45 years, Laurie Urgan, his sons, Marshall (Fawn Nichols,) Brent and his wife Corey, his grandchildren Cheryl Lynn Wishart, Stephanie Goynes, Vinnie, Brady, Briana, Cailyn and Colton Urgan as well as his brothers-in-law and sisters-in-laws, John Amrhein, Maureen Rubyor, Brian and Robin Amrhein, Elaine Williams, Curt and Eileen Girard, Diane Malone and Derek Smith, Kurt and Dee Amrhein, Andrea and Heidi Kloczkowski, as well as his “adopted” children who he loved and treated as his own, Shane Hastings, Daniel and Michael Jalowiec as well as cherished nieces and nephews. In addition to family, he is survived by many cherished lifelong friends including John Crossley and others too numerous to name, that became family and all know how special they were to him. He was predeceased by his eldest son, Benjamin Urgan Jr., his brother Garvey, brothers-in-law and sisters-in- law, Tom and Regina Brown, Bernadette Slabicki, John Michael, Greg, and Blaine Amrhein and nieces, Amy Amrhein and Adrienne Williams. Visitation for family and friends is Saturday, July 10, 2021 from 4:00-7:00 p.m. at the Heintz Funeral Home, 408 Herkimer Rd., N. Utica, followed by a memorial service at 7:00 p.m. at the conclusion of visitation. In memory of Benny, we ask that you have a cold beer, enjoy some time with your family and friends, try something new and always remember, it is just common sense.