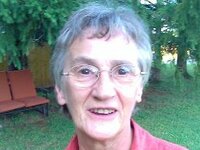 Mrs. Jeanette M. Simpson, 86, of Utica passed away on Thursday, November 4, 2021 at St. Elizabeth’s Medical Center, Utica. Jeanette was born in Utica on June 13, 1935, the daughter of the late Rock and Zolide (Charbonneau) Schneider. She was educated at Utica Free Academy and attended St. Joseph & St. Patrick Church throughout her life. Jeanette was married to John Sojka for more than 20 years with whom she had three children. Later in life she married David Simpson. Both John Sojka and David Simpson predeceased her. Jeanette is survived by her loving children John Sojka III, N.Y, N.Y, Eric Sojka and his partner Roberto Rea Fort Lauderdale, FL, Janice Martino and her husband Anthony, Utica, three cherished grandsons Jason, Andrew and Kyle Martino, a stepdaughter Cathy Picente and her husband George, Utica, two step-grandchildren Tera and George Picente, four sisters Diane Kowal, Watertown, Marilyn Crossley and her husband Ray, Utica, Linda Kloster, Whitesboro, Yvonne Thompson, Utica, along with several nieces, nephews, and cousins. She was predeceased by two brothers Rock and Adolph Schneider and four sisters Fleurette Thompson, Margaret Greco, Evelyn DiPierro and Edna Naida. Jeanette was employed for many years by the Lutheran Homes, Clinton as their Supervisor of Housekeeping, a position she proudly held until she retired. Jeanette loved working with and for the residents of the Lutheran Home and made several lasting friendships during her tenure. After retirement, Jeanette devoted much of her day to spending time with her grandsons. Affectionately known as “Grammy Shmammy”, Jeanette provided a nearly endless supply of advice, love, and of course, meals. Requests for “Shmam cakes” or Grandma’s famous chicken were always fulfilled regardless of the time of day or how many times the kitchen had already been cleaned up. Jeanette was a proud and devoted volunteer to the Seniors in the New Hartford Senior Center for which she received numerous commendations. She also routinely provided rides, served meals, and companionship to others unable to do so for themselves. When the COVID-19 pandemic caused the quarantine and isolation of many seniors including herself, Jeanette spent numerous hours a week making phone calls in order to provide friendly conversation and companionship. Jeanette will be greatly missed by her family, friends and those whose lives she touched on a daily basis. Calling hours for family and friends will be held Thursday, November 11, 2021, from 4-6PM at Heintz Funeral Service, 1517 Whitesboro Street, Utica, NY., 13502. A Mass of Christian Burial will be held Friday, November 12, 2021 at 10AM at St. Joseph & St. Patrick Church, 702 Columbia Street, Utica, N.Y. Burial will take place in Holy Trinity Cemetery, 1500 Champlin Ave. Utica, N.Y.