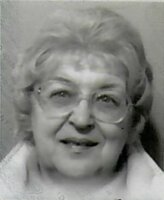 Patricia A. Francis, 85, of New Hartford, passed away on Thursday, November 11, 2021, with her loving daughter and sons by her side. Patricia was born in Syracuse on February 26, 1936, the daughter of Charles and Sophia (Rudy) Bugnacki and received her education in Syracuse schools. On August 29, 1959, Pat was united in marriage with Edward F. Francis, a loving and devoted union of 56 years until Ed’s death on February 24, 2016. For many years, she was employed with Nichol’s Department Store in Marcy and later with Oneida County Department of Social Services. Pat enjoyed bingo, bowling and was a huge New York Yankees fan. Her greatest joy was caring for and spending time with her family. Pat is survived by her daughter, Elaine Francis, of North Utica; two sons, Steven Francis, of Deerfield, and Mark Francis and his wife, Ann, of Deerfield, and their daughters, Sarah Jones and her husband, Patrick, and their two children, Patrick and Arielle, Melissa Francis, Julie Palumbo and her husband, Kristopher, and Jennifer Francis; her sister, Rosaline Matyjasik, of Syracuse; as well as several nieces and nephews. She was predeceased by her son, Edward A. Francis, on December 16, 2015, and is survived by Edward’s daughter, Alexis. She was also predeceased by a brother, Charles “Charlie” Bugnacki. Mrs. Francis’ funeral will be held on Tuesday, November 16, 2021, at 12:30 p.m. at St. Peter’s Church, 422 Coventry Ave., North Utica, where her Mass of Christian Burial will be celebrated. Her Rite of Committal and burial will follow in Calvary Cemetery in Utica. Visitation for family and friends is Tuesday from 10:00-12:00 at the Heintz Funeral Home, 408 Herkimer Rd., North Utica, prior to leaving for church.