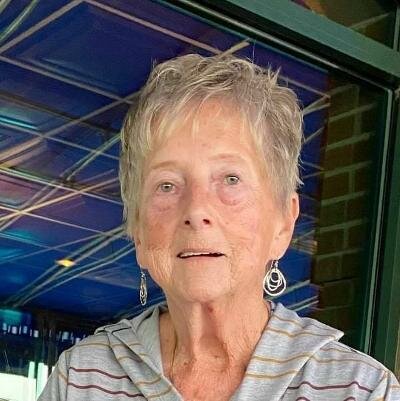 Please share a memory of Geraldine "Geri" to include in a keepsake book for family and friends.
View Tribute Book
Mrs. Geraldine “Geri” Louise Marie (Holdridge) Getz, 79, of N. Utica, passed away on Friday, December 24, 2021 at Faxton-St. Luke’s Healthcare in New Hartford. Geraldine was born in Utica, on October 30, 1942, the daughter of Gerard and Dorothy (Heckert) Holdridge. She was raised in Utica, was a graduate of St. Francis de Sales High School and proudly earned her RN degree from Mohawk Valley Community College. On August 10, 1963, Geri was united in marriage with Lawrence Getz, at St. Peter’s Church, N. Utica. For 35 years, Geri was employed as an RN at St. Elizabeth Medical Center in Utica. She was also an instructor at BOCES in the LPN program. Geri was a parishioner and Eucharistic Minister at St. Mark’s Church in N. Utica, as well as a dedicated volunteer at the Abraham House, Hospice and Palliative Care, Inc. and Stanley Theater. She also served as an Ombudsman at the Heritage Home in Utica and a Docent at the Utica Zoo. Geri was an avid golfer, enjoyed doing crafts, especially with her great nieces, and was an avid Boston Red Sox fan. She also loved camping at Pecks Lake and the 1000 Islands. Mrs. Getz is survived by her beloved husband, Lawrence; one daughter, Jennifer Getz of Chadwicks; one son, Christopher Getz and Debra Bonanza of N. Utica; two cherished grandchildren, Ryan Buckley and her husband Jimmy of MN and Kallie Getz of Parishville, NY, and was anxiously awaiting the birth of her great granddaughter; two sisters and brothers-in-law, Cynthia and Charles Aldi of Deerfield and Barbara and Wayne Swisloski of N. Utica; in-laws, Amil Getz of Yorkville and Bernadette and Brian Sperry of MD as well as several nieces, nephews, great nieces and nephews and a great great nephew. She was predeceased by her parents, Gerard and Dorthy, her son, Lawrence Getz and two sisters-in-law, Elizabeth Getz and Marilyn Getz. Visitation for family and friends is Saturday, January 8, 2022 from 1:00-3:00 p.m. at the Heintz Funeral Home, 408 Herkimer Rd., N. Utica, followed by a memorial service at 3:00 at the conclusion of visitation. She will be laid to rest with her son, Lawrence, in Forest Hill Cemetery in Utica. In lieu of flowers or donations, the family asks that you perform an act of kindness to someone, as Geri did so often. “I Will Always Wave to You Everyday”
To send flowers to the family or plant a tree in memory of Geraldine "Geri" Getz, please visit Tribute Store
Saturday
8
January

In Lieu of Flowers or Donations

the family asks that you perform an act of kindness to someone, as Geri did so often.
Online Memory & Photo Sharing Event
Online Event
About this Event

Look inside to read what others have shared
Family and friends are coming together online to create a special keepsake. Every memory left on the online obituary will be automatically included in this book.
View Tribute Book
Share Your Memory of
Geraldine "Geri"
Upload Your Memory View All Memories
Be the first to upload a memory!
Share A Memory
Send Flowers
Plant a Tree