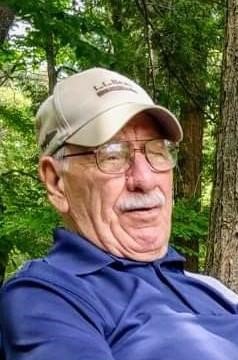 Joe was born in Utica, on September 27, 1938, the son of Carlo and Sadie (Salerno) Sciortino.  He was raised and educated in Utica and was a graduate of Proctor High School.  Joseph Honorably served in the US Army.  On December 14, 1975, Joe was united in marriage with Winifred C. Virkler, a devoted union of 38 years until Winifred’s death in 2013.  Joe had several area employers and would mainly be remembered as a Salesman, from sofas and chairs (Montgomery Wards) to Automobiles (E.J.Peters and Carbone auto dealerships). After retirement, he continued to transport cars with several local car dealerships. Joe enjoyed meeting great friends at the Dunkin Donuts, Packy’s Pub, and Turning Stone Resort and Casino at “Opal’s Corner” where they would exchange stories and conversation as the crowd passed by. He also enjoyed fishing and boating on the St. Lawrence River.

He is survived by his children, Joseph M. Sciortino and Shannon Gardner of Deerfield, Cindy Horan and her husband Mike of Maine, NY, Kelly Hartley of Frankfort; Richard Gladwin and his wife Kaye Inman of Huntsville, AL, Jeffrey Gladwin and Dawn Donnelly of W. Henrietta, NY; eight cherished grandchildren, Kristin, Kelsey and Katelyn Horan, DJ and Matthew Ralbovsky, Gabrielle Hartley, Micah Gladwin and Bridgett Stallings and her husband Logan; one sister, Mary Fallone of Trenton, OH; his twin brother, Michael Sciortino and his wife, Rosemary of Virginia Beach, VA and brother-in-law, Paul Virkler and Dorothy Olin of Lowville, NY, as well as several nieces, nephews and cousins, whom he adored.

Visitation for family and friends is Friday, August 16, 2019 from 4:00-7:00 p.m. at the Heintz Funeral Home, 408 Herkimer Rd., N. Utica, followed by a prayer service and time to share stories at the conclusion of visitation.  His burial will be held Saturday at 11:00 a.m. at Apostolic Christian Cemetery in Croghan, NY.