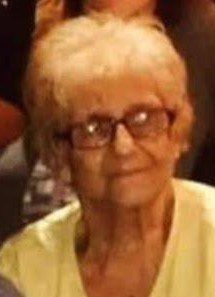 Theresa M. Nicotera, 83, of Utica, passed away on Friday, October 18, 2019 at Faxton-St. Luke’s Healthcare in New Hartford, with her loving family by her side.

Theresa was born in Utica, on October 7, 1936, the daughter of Frank and Flora (Nitti) Mazza.  She was raised in Utica and was a graduate of Utica Free Academy.  On April 27, 1957, Theresa was united in marriage with Jesse F. Nicotera at St. Mary of Mt. Carmel Church in Utica.  Jesse passed away in 2013.  For many years until her retirement, Theresa was employed as a crossing guard with the Utica Police Department.  Theresa enjoyed being with family and friends and sharing a good conversation with them.  She was of the Catholic faith.

A memorial Mass of Christian burial will be celebrated on Thursday, October 24, 2019 at 11:00 a.m. at St. Mary of Mount Carmel/Blessed Sacrament Church, 648 Jay St., Utica.   Her Rite of Committal and burial will be in Calvary Cemetery in Utica.  Those wishing to make a donation in Theresa’s memory, please consider St. Jude Children’s Research Hospital, 501 St. Jude Pl., Memphis, TN 38105.

To send flowers to the family or plant a tree in memory of Theresa Nicotera, please visit Tribute Store
Thursday
24
October