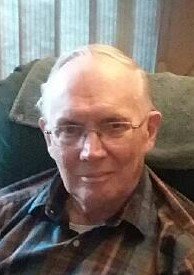 George was born to William and Ethel Hughes on June 19, 1929.  He was raised in North Utica and educated in the Utica School System, graduating from U.F.A. in 1947.  George was employed at T.C. Peters Printing as a machinist printer before entering the Air Force in the fall of 1950.  During his four years of service, he was stationed in Florida and Alaska as a radar repair technician during the Korean War.  While in Florida he met the love of his life, Patricia N. Bickle, and they were united in marriage on September, 15, 1954, and blessed union of 54 years until her passing in 2008.  Upon returning home he remained employed at T.C. Peters Printing until 1985.

While he raised two children, Susan L. and James B., in North Utica, he enjoyed many life adventures.  In his spare time he enjoyed camping, snowmobiling, World War II airplanes and traveling abroad with his childhood best friend, Melvin Lee and family.

George is survived by his daughter, Susan L. Hughes, Lancaster, NY and son, James and wife, Susan E. , Sauquoit.  Through his golden years he enjoyed his grandchildren, Donna Garrison and husband, John, AL, Tiffany Cutler and husband, John, VA and Danny Hughes, Herkimer; great grandchildren, Faith, Grace, Temperance and Nicolett and a beloved niece, Peggy Barlow, AZ.  His love and wisdom will be missed by all of his family but will remain in their hearts forever.

Those so wishing may make donations to the American Lung Association in George’s memory.

Those so wishing may make donations to the American Lung Association, 418 Broadway, 1st Floor, Albany, NY 12207
Share Your Memory of
George
Upload Your Memory View All Memories
Be the first to upload a memory!
Share A Memory
Send Flowers