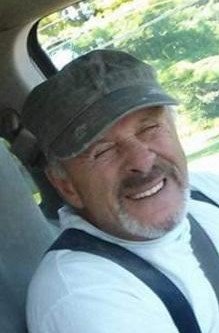 Please share a memory of Charles to include in a keepsake book for family and friends.
View Tribute Book
Mr. Charles J. Jewett, Sr., 76, of Remsen, passed away on Sunday, August 15, 2021 at his home, with his loving family by his side. Charles was born in Utica, on April 15, 1945, the son of Francis and Margaret (Alsheimer) Jewett and received his education in Utica and Albany. On September 10, 1977, Charles was united in marriage with Susan Franklin, a loving and devoted union of 44 years. Charles was owner and operator of Jewett Brothers’ Home Improvements in Marcy. He was an avid hunter, fisherman and enjoyed cooking and listening to music. Charles’ life was centered around his beloved family. Time spent with them was most important to him. Mr. Jewett is survived by his beloved wife, Susan; one daughter, Christina Jewett of Remsen; four sons and three daughters-in-law, Charles Jewett, Jr. and his wife Amanda, of Suffolk, VA, Michael Jewett and Angela DiCocco, of Old Forge, PA, William Jewett and his wife Renee, of Remsen and Richard Jewett and his wife Sara Schrider, of Remsen; eight cherished grandchildren, Andrew and his wife Xamayta, Sabrina, Paige, Jonathan, Maddox, Hailey, Alex and Jaden; one adored great granddaughter, Ella; one sister, Emily Meyers of Utica; one brother, Leo “Frog” Meyers of Utica; five sisters-in-law and one brother-in-law, Jennifer Jewett of Marcy, Linda Perryman of Remsen, Betty Bork of St. Lawrence, Sandra Kennett and her wife Christine of Yorkville, Evelyn Franklin of Prospect and Leroy Bork of St. Lawrence, as well as several nieces and nephews. He was predeceased by his brother, Frank Jewett and two brothers-in-law, Kenneth Franklin and Harvey “Sonny” Perryman. In keeping with Charles’ wishes, there is no visitation or services.
To plant a beautiful memorial tree in memory of Charles Jewett, Sr., please visit our Tree Store

A Memorial Tree was planted for Charles
We are deeply sorry for your loss ~ the staff at Whitesboro Street Location - Heintz Funeral Service, Inc.
Join in honoring their life - plant a memorial tree
Online Memory & Photo Sharing Event
Online Event
About this Event

Look inside to read what others have shared
Family and friends are coming together online to create a special keepsake. Every memory left on the online obituary will be automatically included in this book.
View Tribute Book
Services for Charles Jewett, Sr.
There are no events scheduled. You can still show your support by planting a tree in memory of Charles Jewett, Sr..
Plant a tree in memory of Charles
Share Your Memory of
Charles
Upload Your Memory View All Memories
Be the first to upload a memory!
Share A Memory
Plant a Tree