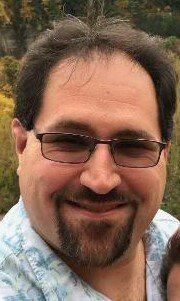 Please share a memory of Jason to include in a keepsake book for family and friends.
View Tribute Book
Mr. Jason M. Brown, 45, of Utica, passed away unexpectedly on Thursday, August 26, 2021. Jason was born in Little Falls, NY, on September 17, 1975, the son of Gary D. and Michele (Drapalski) Brown. He was raised and educated in Little Falls, was a graduate of Little Falls High School and earned his associates degree from Herkimer County Community College. On September 8, 2001, Jason was united in marriage with Trista L. Zysk, at St. Joseph & St. Patrick Church in Utica, a loving and devoted union of 20 years. At one time, Jason was a limousine driver with Bears Limousine, later with Impressions Limousine, and for the past 20 years, was employed with Indium Corp in Utica. Jason enjoyed snowmobiling, four wheeling and working on cars, but above all else, he truly loved spending time with his family. He was a member of St. Joseph & St. Patrick Church in Utica. Jason is survived by his loving wife, Trista; his cherished daughter, Isabella (Bella) Brown; his mother, Michele Brown of Little Falls; sister and brother-in-law, Jennifer and Tom Synakowski of Holland Patent; father-in-law and mother-in-law, Tony and Sue Zysk of N. Utica; brother-in-law, Anthony Zysk, III of Frankfort; sister-in-law and brother-in-law, Tina and Fred Thur of Clinton; nieces and nephews, Katie, Chris, Hannah, Anthony, IV, Addie, Connor and Carter and dear friends, Chad and Jennifer Polnak of Dodgeville and John Esposito and Annissa Riggles of Westmoreland, as well as several aunts, uncles and cousins. He was predeceased by his father, Gary, in 2007. Jason’s funeral will be held on Thursday, September 2, 2021 at 10:45 a.m. at the Heintz Funeral Home, 408 Herkimer Rd., N. Utica and 11:30 at St. Paul’s Catholic Church, 16 Park Ave., Whitesboro, where his Mass of Christian burial will be celebrated. His Rite of Committal and burial will be in St. Joseph Cemetery in Yorkville. Calling hours for family and friends are Wednesday from 3:00-7:00 p.m. In lieu of flowers, please consider making a donation towards a scholarship fund that is being established for Jason’s beloved daughter, Bella. Envelopes will be available at the funeral home.
To send flowers to the family or plant a tree in memory of Jason Brown, please visit Tribute Store
Wednesday
1
September

Look inside to read what others have shared
Family and friends are coming together online to create a special keepsake. Every memory left on the online obituary will be automatically included in this book.
View Tribute Book
Share Your Memory of
Jason
Upload Your Memory View All Memories
Be the first to upload a memory!
Share A Memory
Send Flowers
Plant a Tree