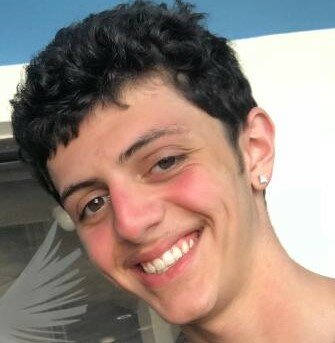 Please share a memory of Jaedon to include in a keepsake book for family and friends.
View Tribute Book
Jaedon M. “Jae'' Jarosz, age 21, of Utica, passed away unexpectedly on November 20, 2021, as a result of injuries sustained in an automobile accident. Jaedon was born in New Hartford on October 10, 2000, the son of Joseph E. Jarosz, Jr. and Raelene Murray. He received his education locally at Hugh R. Jones Elementary, Notre Dame Jr/Sr High School and New York Mills High School. He planned to attend culinary school to pursue a career in cooking, which he had a true passion for. Jaedon “PMO” had a real talent for writing music, he was a natural lyricist, he enjoyed playing video games and loved sports. He was an avid Eagles, Knicks and UCLA Bruins fan. He had a unique personality, always quick witted, humorous and fun loving. His smile would brighten any room and he possessed an energy like no other. He especially loved time hanging out with his friends. His family cherished him and was proud of the young man he became. Jaedon is survived by his father and mother, Joseph E. Jarosz, Jr. of Utica and Raelene Murray of Utica; his girlfriend, Nakija Venturini of Utica; maternal grandparents, Raymond (Lynn) Murray of Utica, and Denise Saccal, whom he shared a special bond with, of Chadwicks; paternal grandparents, Joseph, Sr. and Wendy “Nana and Papa” Jarosz of Utica; aunts and uncles, Justine “Aunt J” and Anthony Testa of Utica and their daughters, Giada and Zayna, Chris and Renee Jarosz of Frankfort and their children, Nolan, Sadie and Nashton, Katherine “Aunt Katie” and Shane Loughlin of Clayville and their daughter, Kinsley and Cory “Uncle Finch” Jarosz of Utica. Jaedon also leaves behind special friends, who were more like brothers to him; Isaiah Moore, Jalil Pacheco, Marcus Mariotti and Rob Kinville, as well as many additional friends too numerous to mention. He was predeceased by his great grandmother, Josephine “Sito” Saccal, who adored him and his great grandfather, Eugene T. “Dziadziu” Jarosz. Visitation for family and friends is Tuesday, November 30, 2021 from 4:00 to 7:00 p.m. at the Heintz Funeral Home, 408 Herkimer Rd., North Utica, followed by a Memorial Service at 7:00, at the conclusion of visitation, with Rev. Joseph Salerno officiating. Please omit floral offerings. Any donations made will go to a scholarship fund in Jaedon’s name.
To send flowers to the family or plant a tree in memory of Jaedon Jarosz, please visit Tribute Store
Tuesday
30
November

Please omit floral offerings. Any donations made will go to a scholarship fund in Jaedon’s name.
Online Memory & Photo Sharing Event
Online Event
About this Event

Look inside to read what others have shared
Family and friends are coming together online to create a special keepsake. Every memory left on the online obituary will be automatically included in this book.
View Tribute Book
Share Your Memory of
Jaedon
Upload Your Memory View All Memories
Be the first to upload a memory!
Share A Memory
Send Flowers
Plant a Tree