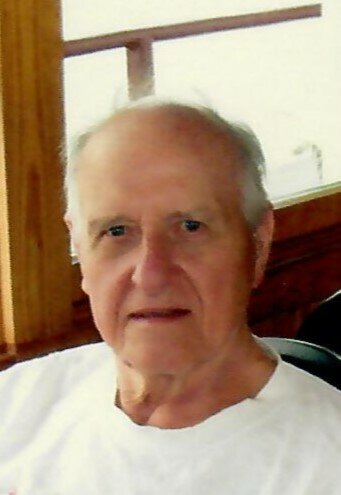 Please share a memory of Stanley to include in a keepsake book for family and friends.
View Tribute Book
Mr. Stanley J. Bielicki, 93, of New Hartford, passed away on Thursday, January 20, 2022 at Faxton-St. Luke’s Healthcare in New Hartford. Stanley was born in Utica, on January 29, 1928, the son of Chester and Alexandra (Gutowska) Bielicki and received his education in Utica schools. He proudly served in the United States Navy from 1946 until his honorable discharge in 1948. In September of 1953, Stanley was united in marriage with Beverly Lukaszek at Holy Trinity Church in Utica, a loving and devoted union of 26 years, until Beverly’s death in 1979. At one time, Stanley was employed with Griffiss Air Force Base in Rome, later with Bossert Manufacturing in Utica, Kelsey Hayes/Utica Drop Forge and until his retirement in 1990, with Bendix Corporation. He was a devoted parishioner of St. Peter’s Church in N. Utica and a dedicated volunteer with the ARC. Mr. Bielicki is survived by two daughters and sons-in-law, Patricia and Peter Carchedi of Sauquoit and Joann and Jeff Oriole of Frankfort; one son and daughter-in-law, Gary and Linda Bielicki of Utica; six cherished grandchildren, Russell Bielicki, Jenna Nicholson and her fiancée Richard Greenwalt, Samantha Oriole, Nicholas Oriole, Brian Carchedi and his husband Andrew Miller and Adam Carchedi; one adored great granddaughter, Lydia Greenwalt; lifelong friends, Al and Liz Lazarek of Yarmouthport, MA as well as several nieces and nephews. He was predeceased by his son, Michael Bielicki, five sisters, Natalie Walters, Bernice Brasher, Philomena Ciecko, Jessie Booker and Stephanie Kieda and three brothers, Stephen Bielicki, Chester Bielicki and Adam Bielicki. Relatives and friends are respectfully invited to Stanley’s Funeral Mass of Christian burial on Wednesday, January 26, 2022 at 10:00 a.m. at St. Peter’s Church, 422 Coventry Ave, Utica. He will be laid to rest in St. Peter’s Cemetery in N. Utica in the spring. In keeping with Stanley’s wishes, there are no calling hours. Those wishing to make a donation in Stanley’s memory, please consider, The ARC, Oneida-Lewis, 245 Genesee St., Utica, NY 13501, St. Peter’s Church, 422 Coventry Ave., Utica, NY 13502 or Roswell Park Comprehensive Cancer Center, 665 Elm St., Buffalo, NY 14203. Mr. Bielicki’s family, extends their heartfelt gratitude to the staff of Cedarbrook Assisted Living, for the compassionate care you provided to Stanley. Your kindness will not be forgotten. Arrangements are entrusted to Heintz Funeral Service, Inc., N. Utica.
To send flowers to the family or plant a tree in memory of Stanley Bielicki, please visit Tribute Store
Wednesday
26
January

Look inside to read what others have shared
Family and friends are coming together online to create a special keepsake. Every memory left on the online obituary will be automatically included in this book.
View Tribute Book
Share Your Memory of
Stanley
Upload Your Memory View All Memories
Be the first to upload a memory!
Share A Memory
Send Flowers
Plant a Tree