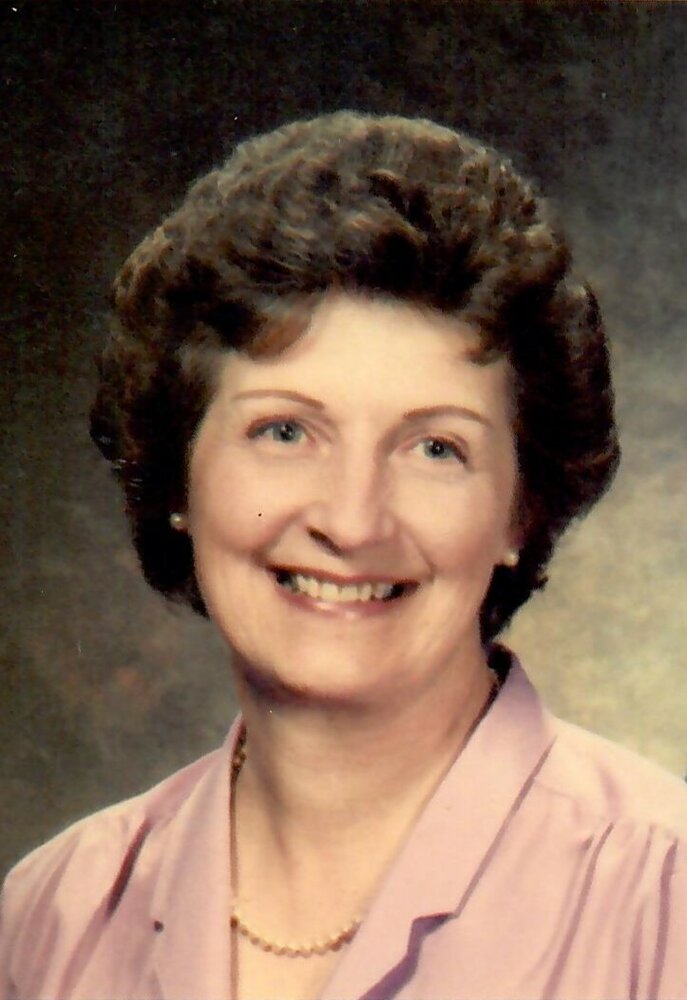 Please share a memory of Mary to include in a keepsake book for family and friends.
View Tribute Book
Mary D. Riley, age 90, passed away at home on February 1, 2022. Born in Utica on August 25, 1931, Mary was the daughter of the late Clarence and Nina Kutner Dyer. She graduated from Utica Catholic Academy in 1949 and became employed as a secretary at Commercial Travelers Mutual Insurance Company. On January 6, 1951, Mary was joined in marriage to Francis W. Riley at Our Lady of Lourdes Church in Utica. After a loving marriage of over 59 years, Francis passed away on January 21, 2010. Mary was a longtime parishioner and volunteer at St. Peter’s Catholic Church in North Utica and former member and officer of Mother’s Guild and Altar Rosary Society. Mary and Francis were blessed with four children, and Mary was a stay-at-home Mom until the eldest became college age. At that time, Mary returned to work at Commercial Travelers. She retired in 1987 as Manager of the Policyholder Service Department. Mary is survived by her beloved children and their spouses, Patricia and John Ambrose, Arlington, VA/Sarasota, FL, Margaret (Peggy) Riley and Dan Rosa, Utica, Kathleen Riley and Dan Ebeling, Washington, DC, and Michael and Joy Riley, Kensington, MD. She leaves five grandchildren, Christine Ambrose (Scott Battocchi), Jessie Rinker (Nicholas), Mary-Margaret Ambrose (Matthew Pearson), Tyler Riley, and Margaret K. Riley. In addition, she leaves four great grandchildren, Samuel and Natalie Ambrose, and Charlotte and Daven Rinker. Also surviving is her brother Michael (Deborah) Dyer, Clinton/Bradenton, FL; three sisters-in-law, Joan Dyer, Lititz, PA; Geri Dyer, Marietta, GA; and Madeline Dyer, New Hartford, and many nieces and nephews. She was predeceased by three brothers, William Dyer, John Dyer, and Dr. James Dyer; a sister and brother-in-law, Joan and George Foley, and sisters-in-law and husbands, Julia and Robert Ebner and Eileen and William Hutchinson. The family would like to thank Dr. Thomas John, and also the wonderful staff members of CareGivers Home Care, Nascentia Health, and Hospice and Palliative Care, Inc. Special thanks to Mary’s home healthcare aides for their kindness and professionalism. Visitation will be held on Friday, February 18, from 5:00 to 7:00 p.m. at the Heintz Funeral Home, 408 Herkimer Road, North Utica. A Mass of Christian Burial will be held on Saturday, February 19, at St. Peter’s Church at 12:30 p.m. Burial will take place in the spring at St. Peter’s Cemetery. In lieu of flowers, those who wish to do so may make donations to St. Peter’s Church Memorial Fund or to a charity of their choice.
To send flowers to the family or plant a tree in memory of Mary Riley, please visit Tribute Store
Friday
18
February

St. Peter’s Church Memorial Fund or to a charity of their choice.
Online Memory & Photo Sharing Event
Online Event
About this Event

Look inside to read what others have shared
Family and friends are coming together online to create a special keepsake. Every memory left on the online obituary will be automatically included in this book.
View Tribute Book
Share Your Memory of
Mary
Upload Your Memory View All Memories
Be the first to upload a memory!
Share A Memory
Send Flowers
Plant a Tree