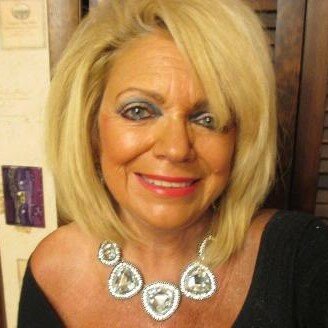 Please share a memory of Clare to include in a keepsake book for family and friends.
View Tribute Book

Mrs. Clare Ann Rieben, 66, of Marcy, formerly of Remsen, passed away unexpectedly on Monday, March 14, 2022 at her home.

Clare was born in Utica, on September 13, 1955, the daughter of Walter and Alene (Stukey) Coupe.  She was raised in Utica, was a graduate of Utica Catholic Academy and later attended Munson-Williams Proctor Arts Institute, where her gift of artistic painting flourished.  On January 31, 2007, Clare was united in marriage with Charles “Chuck” R. Rieben at the Island of St. Lucia, a loving and devoted union of 12 years, until Chuck’s death in 2019.  For many years, Clare assisted her husband, as an administrative assistant with Lawrence Rieben and Sons in Whitesboro.  Clare was a gifted artist, and enjoyed showcasing her talents at the Artisans Corner in Clinton.  She also enjoyed cooking, going on numerous cruises with Chuck and especially loved her fur babies.  She was of the Catholic faith.

Mrs. Rieben is survived by her step-son, Steven Rieben, his wife Abby and their daughter, Kaydence of Binghamton; mother-in-law, Gertrude Rieben of Utica; sisters-in-law and brothers-in-law, Susan and Jim Clement of Whitesboro, Sarah and Eric Schultheis of Baldwinsville and William Rieben of Remsen and her dear friend, Jeanine Lloyd of Boonville.  She was predeceased by her husband Chuck; parents, Walter and Alene; sister, Christine Coup and father-in-law, Lawrence Rieben.

Visitation for family and friends is Thursday, March 24, 2022 from 5:00-7:00 p.m. at the Heintz Funeral Home, 1517 Whitesboro St., Utica, followed by a funeral service at 7:00 p.m. at the conclusion of visitation.  She will be laid to rest later in the spring, with her beloved Chuck, in Grandview Cemetery in Whitesboro.  Those wishing to make a donation in Clare’s memory, please consider Anita’s Stevens Swan Humane Society, 5664 Horatio St., Utica, NY 13502.  Envelopes will be available at the funeral home.

To send flowers to the family or plant a tree in memory of Clare Rieben, please visit Tribute Store
Thursday
24
March

Look inside to read what others have shared
Family and friends are coming together online to create a special keepsake. Every memory left on the online obituary will be automatically included in this book.
View Tribute Book
Share Your Memory of
Clare
Upload Your Memory View All Memories
Be the first to upload a memory!
Share A Memory
Send Flowers
Plant a Tree