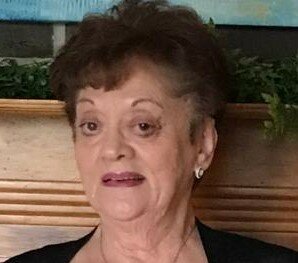 Please share a memory of Lorraine to include in a keepsake book for family and friends.
View Tribute Book

Lorraine was born in Mohawk, NY, on October 21, 1933, the daughter of Gus and Anna (Capraro) Denapole and step-daughter of Lawrence and Louise Pavese.  She was raised in Chadwick’s and Ilion and was a graduate of Ilion High School.  At one time, Lorraine was married to Charles Hughes.  She later married Harry Fernalld on September 30, 1983, and the couple shared 13 wonderful years together, until Harry’s death in 1996.  For many years, Lorraine was employed as a payroll clerk with the Savings Bank of Utica.  She enjoyed cooking, and music, especially playing the piano and organ.  Lorraine’s greatest joy was spending time with her beloved family who were the light of her life.  She was a parishioner of the Church of Annunciation in Clark Mills.

Mrs. Fernalld is survived by two daughters and one son-in-law, Linda Hughes of Clinton and Julie Hughes Massotti and her husband Robert of GA; Four sons and three daughters-in-law, Michael and Alexandra Hughes of FL, Larry and Cindy Hughes of NJ, Charles Hughes of FL and Robert and Irene Hughes of North Bay, NY; one sister and two brothers-in-law, Joanne and Edward Kibbe of SC and James Smith of FL, as well as 13 grandchildren, 13 great grandchildren and several nieces and nephews.  She was also anxiously awaiting the birth of two additional great grandchildren.  She was predeceased by a sister, Nancy Smith.

Mrs. Fernalld’s funeral will be held on Thursday, April 14, 2022 at 10:30 a.m. at the Church of Annunciation, 7616 E. South St., Clark Mills, NY.  She will be laid to rest with her beloved Harry, in Mount Olivet Cemetery in Whitesboro.  Visitation for family and friends is Wednesday, April 13th from 4:00-7:00 p.m. at the Heintz Funeral Home, 408 Herkimer Rd., N. Utica.  Those wishing to make a donation in Lorraine’s memory, please consider the American Heart Association.  Envelopes will be available at the funeral home.

To send flowers to the family or plant a tree in memory of Lorraine Fernalld, please visit Tribute Store
Wednesday
13
April

Look inside to read what others have shared
Family and friends are coming together online to create a special keepsake. Every memory left on the online obituary will be automatically included in this book.
View Tribute Book
Share Your Memory of
Lorraine
Upload Your Memory View All Memories
Be the first to upload a memory!
Share A Memory
Send Flowers
Plant a Tree