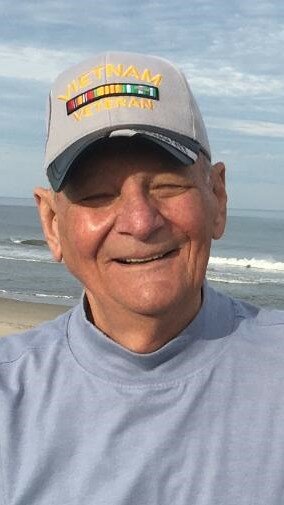 Please share a memory of Richard to include in a keepsake book for family and friends.
View Tribute Book

Mr. Richard M. Szemeczko “Dickie”, 76, of Deerfield, passed away on Wednesday, May 18, 2022 at Strong Memorial Hospital in Rochester, with his loving family by his side.

Richard was born in Utica, on October 8, 1945, the son of Michael and Helen (Zaik) Szemeczko.  He was raised in Utica and was a graduate of Utica Free Academy.  Richard proudly served in the US Navy during the Vietnam War.  On July 18, 1970, Richard was united in marriage with Linda Chamberlain at Our Lady of Lourdes Church in Utica, a loving and devoted union of 51 years.  At one time, Richard was employed with Chicago Pneumatic Tool Company in Frankfort and most recently, with Oriskany Manufacturing in NY Mills.  Richard was a member of American Legion Utica post 229, N. Utica, VFW, and the Wyndott Fish and Game Club.  He enjoyed hunting, fishing and traveling and was of the Catholic faith.  Richard greatest joy was spending time with his family, especially his cherished grandchildren and great grandchildren.

Mr. Szemeczko is survived by his beloved wife, Linda; two sons and daughters-in-law, Jeffrey and Heidi Szemeczko of Whitesboro and Eric and Sara Szemeczko of La Mesa, CA; four cherished grandchildren, Cecilia, Cole, Stephanie and Megan and three adored great grandchildren, Kaydin, Kolton and Karson; Besides his parents, Richard was predeceased by a brother, Stanley Szemeczko and sister, Patricia Smith.

Visitation for family and friends is Monday, May 23, 2022 from 4:00-6:00 p.m. at the Heintz Funeral Home, 408 Herkimer Rd., N. Utica, followed by a funeral service at 6:00 at the conclusion of visitation.  In lieu of flowers, please consider making a donation in Richard’s memory to the Wilmot Cancer Center, C/O Wilmot Cancer Institute Development Office, 300 E. River Rd., PO Box 278996, Rochester, NY 14627 or at www.wilmot.urmc.edu

To send flowers to the family or plant a tree in memory of Richard Szemeczko, please visit Tribute Store
Monday
23
May

Look inside to read what others have shared
Family and friends are coming together online to create a special keepsake. Every memory left on the online obituary will be automatically included in this book.
View Tribute Book
Share Your Memory of
Richard
Upload Your Memory View All Memories
Be the first to upload a memory!
Share A Memory
Send Flowers
Plant a Tree