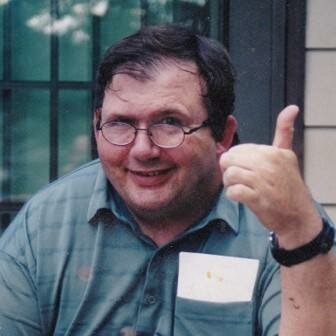 Mr. O’Toole was born on July 22, 1956, in Utica NY, the son of James and Jacqueline (Jebo) O'Toole. Donald was a graduate of Proctor High School in 1975.  Donald was an avid chess player and also enjoyed playing cards with his friends and family. His favorite games included pitch, cribbage, and blackjack. Donald was a huge fan of movies and television, especially Star Trek.

Donald was predeceased by his sister Jacqueline (O’Toole) Fuller in 2014 and his sister in-law Tauni (Stone) O’Toole in 2020.  Mr. O’Toole is survived by his two brothers and one sister-in law, Edward and Sherrill O’Toole and James O’Toole, as well as many nieces, nephews, cousins, and his close friends Gene and Linda Avella, and Jackie Bateman.

There will be no public services for Mr. O’Toole. Private services will be held at the discretion of the family.

To plant a beautiful memorial tree in memory of Donald O'Toole, please visit our Tree Store

A Memorial Tree was planted for Donald
We are deeply sorry for your loss ~ the staff at Herkimer Road Location - Heintz Funeral Service Inc.
Join in honoring their life - plant a memorial tree
Online Memory & Photo Sharing Event
Online Event
About this Event

Look inside to read what others have shared
Family and friends are coming together online to create a special keepsake. Every memory left on the online obituary will be automatically included in this book.
View Tribute Book
Services for Donald O'Toole
There are no events scheduled. You can still show your support by planting a tree in memory of Donald O'Toole.
Plant a tree in memory of Donald
Share Your Memory of
Donald
Upload Your Memory View All Memories
Be the first to upload a memory!
Share A Memory
Plant a Tree