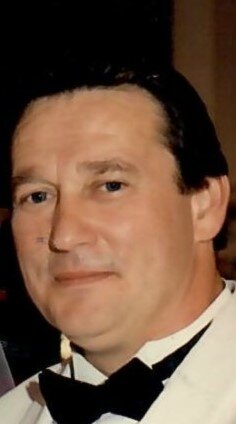 Please share a memory of Edward to include in a keepsake book for family and friends.
View Tribute Book

Mr. Edward Lee Cooper, Jr., 72, of Schuyler, joined his family and friends in a better place, on Wednesday, July 27, 2022 with his loving family by his side.

Edward was born in Utica, on December 17, 1949, the son of Edward Lee and Marion (Blair) Cooper.  He was raised in Utica, was a graduate of Utica Free Academy and Mohawk Valley Community College.  Edward honorably served in the US Marine Corp, 1st Recon, Bravo Company, during the Vietnam War.  On August 19, 1995, Edward was united in marriage with Robyn L. Joswick, a loving and devoted union of 26 years.  For many years, until his retirement, Edward was employed with Northland Communications in Utica.  He was a member and Quarter Master of VFW post 8728 in Schuyler.  Edward enjoyed fishing, hunting, camping, blowing off fireworks and especially spending time with family and friends.  He will also be remembered for his gift as a great story teller.

Mr. Cooper is survived by his beloved wife, Robyn; his cherished daughter, Abigail Lee Cooper and Jedadiah Gaudin of Utica; two sisters and one brother-in-law, Louann and Edward Thayer of Oriskany and Donna Dundon of AZ; one brother and sister-in-law, Steve and Starlyn Cooper of OK; his mother-in-law, Patricia Joswick of Whitesboro; two aunts, Hilda Racey and Mary Cooper, both of Winchester, VA; many nieces and nephews, especially, Lukas Siegfried, Carrie and Paul Scata, Edward and Brenda Thayer and John Cooper as well as many cousins, especially Doug Blair whom he shared a brother-like relationship with; brother-in-law and sister-in-law, Jeff and Mindy Joswick of Cadyville, NY, and after 42 years, was reunited with his point man, Kelly Campbell of Winchster, VA;  He also leaves his loyal canine companion, General Bubba Lee Cooper and his grand dogs, Dez and DeMarcus.  He was predeceased by his parents, Edward and Marion, brother, Daniel Cooper and father-in-law, Robert Joswick.

To send flowers to the family or plant a tree in memory of Edward Cooper, Jr., please visit Tribute Store
Tuesday
2
August

Look inside to read what others have shared
Family and friends are coming together online to create a special keepsake. Every memory left on the online obituary will be automatically included in this book.
View Tribute Book
Share Your Memory of
Edward
Upload Your Memory View All Memories
Be the first to upload a memory!
Share A Memory
Send Flowers
Plant a Tree