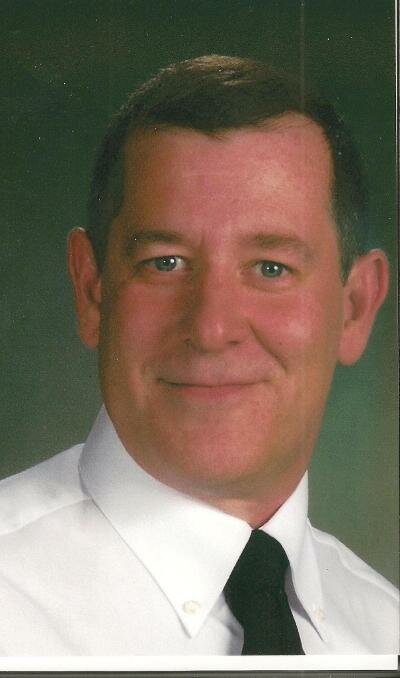 Please share a memory of Thaddeus "Tad" to include in a keepsake book for family and friends.
View Tribute Book

Thaddeus was born in New Hartford, on September 29, 1963, the son of Thaddeus J. and Sheila (Helmes) Engle.  He was a 1981 graduate of Notre Dame High School and in 2009, earned his nursing degree from St. Elizabeth College of Nursing, where he was the proud recipient of the Clinical Award for excellence in clinical care. Tad proudly served in the US Navy from 1982 until his honorable discharge in 1985.  At one time, Tad was employed as an RN with St. Elizabeth Medical Center and most recently, with Central New York Psychiatric Center, RMHU in Marcy, NY. Tad was a sports enthusiast and an avid NY Mets and Buffalo Bills fan.  He enjoyed golf, fishing and spending time relaxing at the St. Lawrence River. Tad’s infectious smile and big blue eyes could brighten any room.  He truly loved making people laugh and was always “The Life of The Party”.  His dedication to his work as a nurse was evident by the loving and compassionate way he cared for his patients, as if they were his own family.  Tad was a true family man, whose children were the joy of his life.

Thaddeus is survived by his beloved fiancée, Jody Nagy of Westernville; his cherished son and daughter, Connor Engle and Quinn Engle both at home; his mother, Sheila Engle of Marcy; two sisters and one brother-in-law, Renee Fanning of Utica and Alicia and Christopher Whitby of St. Petersburg, FL and Jody’s father, Richard Nagy of Glenfield, NY, as well as many aunts, uncles, nieces, nephews, cousins and dear friends too numerous to mention.  He was predeceased by his father Thaddeus and Jody’s mother, Kathleen Manning.

Thaddeus’ funeral will be held on Thursday, August 25, 2022 at 9:30 a.m. at St. Paul’s Catholic Church in Whitesboro, where his Mass of Christian burial will be celebrated.  Visitation for family and friends is Wednesday, from 5:00-9:00 p.m. at the Heintz Funeral Home, 408 Herkimer Rd., N. Utica.  Those wishing to make a donation in Thaddeus’ memory, please consider Anita’s Stevens Swan Humane Society, 5664 Horatio St., Utica, NY 13502. Envelopes will be available at the funeral home.

Tad’s family extends their heartfelt gratitude to the doctors, nurses and staff at St. Elizabeth Medical Center and Dr. Leo Sullivan for the wonderful care and compassion you provided to him.  Your kindness will not be forgotten.

To send flowers to the family or plant a tree in memory of Thaddeus "Tad" Engle, please visit Tribute Store
Wednesday
24
August

Look inside to read what others have shared
Family and friends are coming together online to create a special keepsake. Every memory left on the online obituary will be automatically included in this book.
View Tribute Book
Share Your Memory of
Thaddeus "Tad"
Upload Your Memory View All Memories
Be the first to upload a memory!
Share A Memory
Send Flowers
Plant a Tree