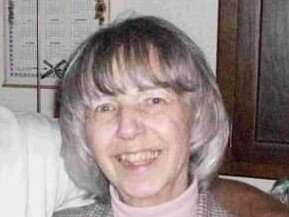 Please share a memory of Evelyn to include in a keepsake book for family and friends.
View Tribute Book

Evelyn Tozer (Lynn), age 79, passed away in Utica, NY on August 25, 2022. Lynn was the daughter of William St. John Tozer, former Town of Schuyler Supervisor, and Evelyn Conroy Tozer. She was born in Teaneck, NJ and moved to the Utica area with her family in 1956. She was a graduate of Whitesboro High School, Class of 1961, Mohawk Valley Community College, and Utica College. Her grandfather, William St. John Tozer, Sr of Teaneck, NJ served in the New Jersey Legislature in the early 1920's as a Republican defender of prohibition.

For many years, Lynn and her former husband, Edward Przestrzelski, owned and operated Putter's Paradise Miniature Golf in Schuyler under the watchful eye of their son, Edward, Jr.

After Putters Paradise and soft ice cream store closed, Lynn worked as a Client Server Developer for the General Electric Company in Utica and Syracuse, before taking up a second career as a computer programmer in Florida. Before moving to Florida, she became an avid cross-country skier and long-distance runner, and she would frequently return to the Mohawk Valley to participate in both. After retirement, Lynn and her beloved cats returned to her home in Deerfield, just north of Utica. Lynn is survived by Victoria (James) Galinis, William St. John Tozer IV(Kathleen) Tozer, Christine (Jeff) Gibbud and her dear cousins Randal Tozer and Carol Tozer of Paris, France; Thomas J. Delaney, Jr. of Rockport, MA, Diane Gallagher of Atlanta, GA, Ruth-Ann Minor of Lake George, NY, and MaryAnn Tuttle of Dumfries, VA.

She was predeceased by her parents and her older brother, William St. John Tozer III of Fort Pierce, FL, her son and former husband, cousins Robert Delaney of Knox, NY and Richard Delaney of Lebanon, NH, and Edward Tozer of Paris, France.

The family is grateful for the care and support provided Lynn during her final illnesses, particularly from Carolyn Van Pelt and Jeanette Scofield, and her nephew William St. John Tozer IV.

Lynn was a devoted member of the Methodist religion and a memorial service will be held on Saturday, October 1, 2022 at 11:00 AM from the West Schuyler United Methodist Church, 297 Wood Lane, Utica, NY. 13502 with Pastor Robin Harris officiating.  She will be laid to rest on her family plot in George Washington Memorial Park, Paramus, NJ.

To send flowers to the family or plant a tree in memory of Evelyn Tozer, please visit Tribute Store
Saturday
1
October

Look inside to read what others have shared
Family and friends are coming together online to create a special keepsake. Every memory left on the online obituary will be automatically included in this book.
View Tribute Book
Share Your Memory of
Evelyn
Upload Your Memory View All Memories
Be the first to upload a memory!
Share A Memory
Send Flowers
Plant a Tree