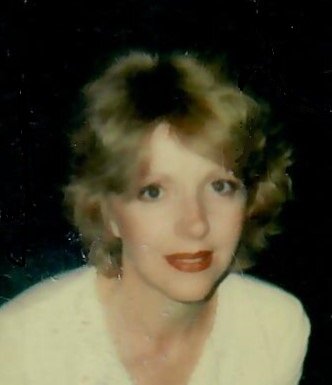 Obituary of Suzanne A. Palmiero

Please share a memory of Suzanne to include in a keepsake book for family and friends.
View Tribute Book

Suzanne was born on October 4, 1933, in Utica, NY, daughter of Clarence and Maria Christina (Stumpf) Dougherty. The family lived with Grandfather, Charles Dougherty, a Civil War Veteran and Grandmother, Alice Fletcher, an Irish Émigré. She attended Albany and Kemble schools, before the family moved to New Hartford, NY, where she graduated from New Hartford Central School. At 16, she was employed at a Law Firm, then New York Telephone and AT&T. In October 1952 Suzanne was united in marriage to Joseph Palmiero. They had 5 Children, David, of Phoenix, AZ. Julianne (Bill) Recipko, of Shawnee, OK, Cara Lee, of Utica, with whom she resided and Robert of Utica. Her cherished son Thomas Michael passed away in 1985, her greatest sorrow. She missed him every day of her life. Joseph passed away in 2000.

In later years, Sue worked at Collozzi’s and Tracy’s Card Shops and retired from the office of Dr. Robert Bryla in 2004.

Her beloved children, Robert and Cara encouraged and helped Sue to travel to California, Las Vegas, New York City, Florida and her favorite summer place, Rockport, MA, where she visited each year until her illness.

Sue’s greatest loves where her children, art, flowers, reading and music, especially Classical. Her later years where enriched by the voice of the late incomparable tenor, Mario Lanza. She was a member of the Lanza Legend of San Pedro and the Lanza Society of New York. She attended the Mario Lanza ball, held every November in Philadelphia, Mario’s birthplace. Aspiring Opera singers from all over the world compete for scholarships there. The world can never have enough beautiful music.

In addition to her children, she is survived by her granddaughter, Brenna (Page) Laird of Yukon, OK. She was predeceased by two sisters, Beverly (Don) Palmer and Jane (Al) Davoli.

The family would like to extend their gratitude to the staff of Hospice and Palliative Care for their care and Compassion.

In keeping with Sue’s wishes there will be no calling hours. Private services will be held at the convenience of the family. Arrangements by Heintz Funeral Service, Inc., N. Utica. She will be laid to rest beside her beloved Tommy, at Forest Hill Cemetery, Utica.

To plant a beautiful memorial tree in memory of Suzanne Palmiero, please visit our Tree Store

Look inside to read what others have shared
Family and friends are coming together online to create a special keepsake. Every memory left on the online obituary will be automatically included in this book.
View Tribute Book
Share Your Memory of
Suzanne
Upload Your Memory View All Memories
Be the first to upload a memory!
Share A Memory
Plant a Tree