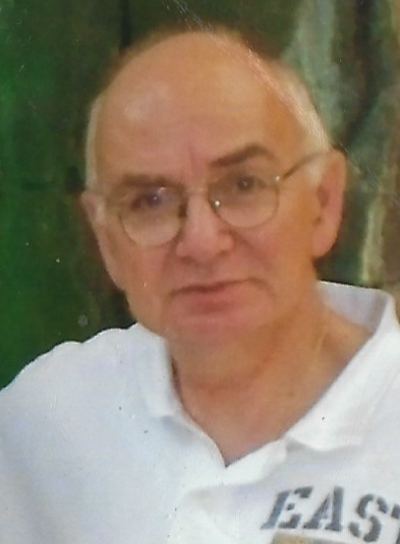 Please share a memory of Thomas to include in a keepsake book for family and friends.
View Tribute Book

Thomas L. Guidera, 76, passed away peacefully on Tuesday, November 1, 2022, while his beloved daughter was holding his hand, at St. Elizabeth’s Medical Center.

He was born in Utica on July 16, 1946, the son of the late George and Letha Massago Guidera. Tom graduated from UFA, Class of 1964. Tom went on to serve his country in the Air Force during the Vietnam War. On June 21, 1975, He married Rena L. Ward. Their loving union lasted 40 years until Rena’s passing in 2015. Tom had worked for the Utica City School District, as a custodian for over 20 years. He retired from the district in 2014. His family was the center of Tom’s life. Following Rena’s passing, Tom devoted the majority of time to his daughter and two grandsons. He enjoyed taking day trips with his daughter and grandsons. He never missed his grandson’s football games. He was even known to make pro football bets with his grandsons. He loved anytime that he could be at his daughter’s home, no matter the occasion. Tom would always make the holidays special for his family. He enjoyed bringing food to his daughter’s dogs. When his daughter was working at McDonald’s, Tom would use the drive-thru, just to say hello, and make sure all was okay. No matter what time of day or night, Tom would always be there if his family was in need. Tom was an expert bowler, and loved his Vista Lanes Bowling Team. Most of all he leaves behind a legacy of a devoted husband, dad, and granddad. Many hearts are broken with his sudden passing.

He was predeceased by his wife and soulmate Rena, his parents George and Letha, and his brother George Guidera.

There will be a visitation for Tom on Monday, November 7, 2022, at the Heintz Funeral Service., Inc., 408 Herkimer Road, Utica, NY, from 4-6 PM. His funeral will start at 9 AM, at the funeral home, followed by a Mass of Christian Burial to be held at 10 AM at Historic Old St. John’s Church, 240 Bleecker Street, Utica,   NY.  Entombment with Military Honors will follow at Resurrection Chapel Mausoleum at Holy Trinity Cemetery in Yorkville.

To send flowers to the family or plant a tree in memory of Thomas Guidera, please visit Tribute Store
Monday
7
November

Look inside to read what others have shared
Family and friends are coming together online to create a special keepsake. Every memory left on the online obituary will be automatically included in this book.
View Tribute Book
Share Your Memory of
Thomas
Upload Your Memory View All Memories
Be the first to upload a memory!
Share A Memory
Send Flowers
Plant a Tree