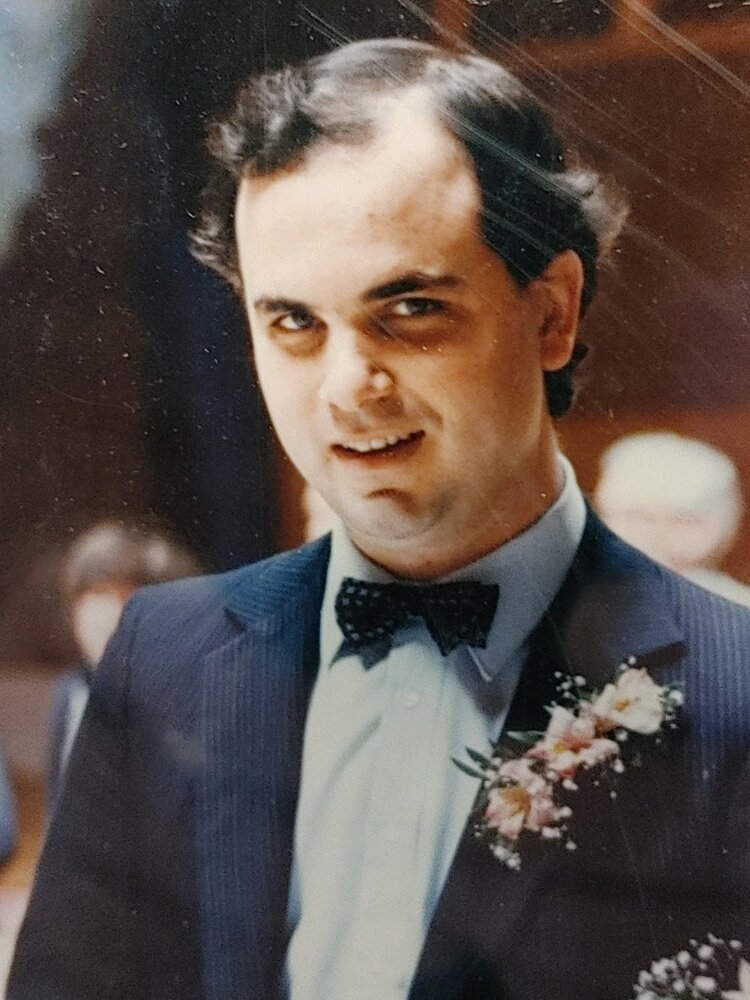 Please share a memory of Laurence to include in a keepsake book for family and friends.
View Tribute Book

He was born on March 4, 1956, the sixth son and seventh child of Elizabeth Jane Scheidelman Droz and Deacon John Joseph Droz in New Hartford, NY. He spent much of his youth at Brantingham Lake where many of his fondest childhood memories were made. His love for God began at an early age, and he met his future wife, Elizabeth Converse, at a Christian prayer meeting when he was 18 years old. After graduating high school, he attended both MVCC and Franciscan University where he took both Education and Business classes. After college, he pursued a career in business as a salesman. He worked for a central New York paper business, Vitaliano, before founding the Smart Shoppers Club, a local coupon book, in 1984. It was also in that year that he married Elizabeth (Liz) Converse. From this union, he had two living children, Mary Therese (George) and Joy (Vanderhoof), and two sons that were called home to heaven early in life, Joseph and Laurence Droz Jr. Larry loved the Adirondacks and spent much of his summer on the Fulton Chain of Lakes. In the winter, Larry, Liz and their girls would follow the sun south to Florida or west to Hawaii.

Larry had an immense love of God and His Word. He would spend time every day, sometimes hours at a time, studying Scripture and sharing his findings with his friends and family. He started many Bible study groups and even began a company called Prosperity Bible School.

A Mass of Christian Burial will be held at St. Bartholomew’s Catholic Church, 189 Park Ave., Old Forge, NY on Saturday, November 18, 2022, at 10:00AM.  Interment will take place in Riverview Cemetery in Old Forge.

To send flowers to the family or plant a tree in memory of Laurence Droz, please visit Tribute Store
Saturday
19
November

Look inside to read what others have shared
Family and friends are coming together online to create a special keepsake. Every memory left on the online obituary will be automatically included in this book.
View Tribute Book
Share Your Memory of
Laurence
Upload Your Memory View All Memories
Be the first to upload a memory!
Share A Memory
Send Flowers
Plant a Tree