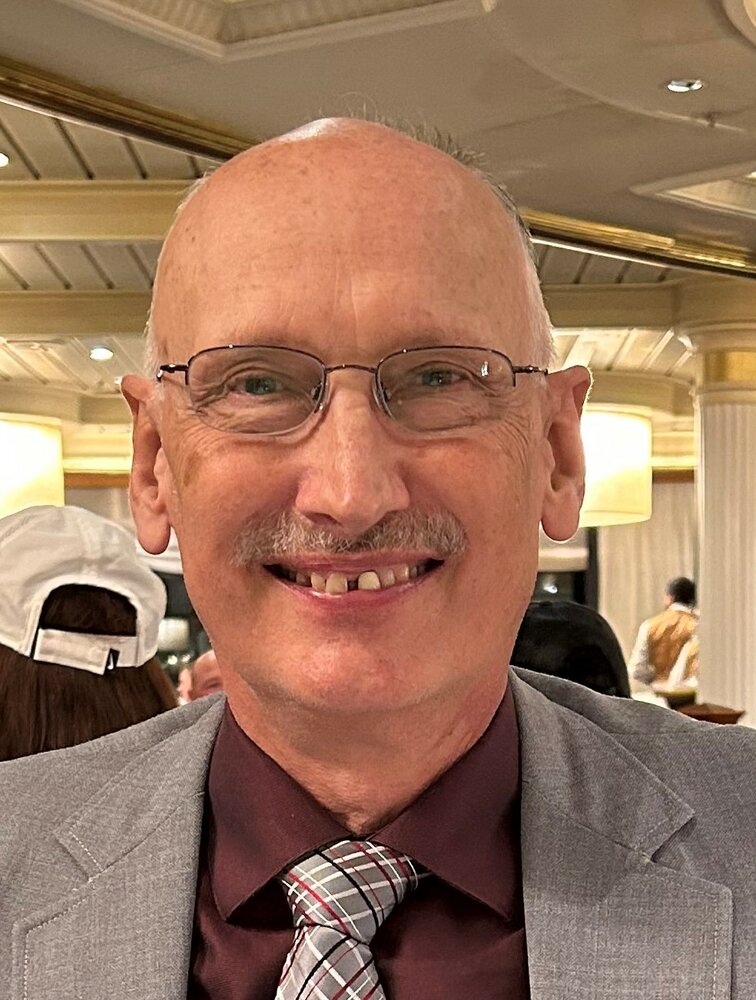 Please share a memory of Michael to include in a keepsake book for family and friends.
View Tribute Book

Michael R. Pasick, “Slink”, 67, of Schuyler, NY, passed away unexpectedly on Tuesday, November 22, with his family by his side after a brief illness.

He was born on February 5, 1955, in Utica, NY, and grew up in North Utica with his parents, Richard and Rita (Blachowiak) Pasick.  He attended John F. Kennedy High School followed by Oswego State College where he was a standout starting center on their basketball team. He graduated in 1977 with a degree in Computer Science at which time he took a position as a computer engineer with ICL (International Computers Limited). This is where he met his bride, Judith (Lallier) Pasick. He also worked for PAR Technology where he made many lifelong friendships.  His last position held prior to retirement in 2017 was at AIS (Assured Information Security) for 12 years where he was highly respected as a Senior Software Engineer.

Michael was an avid hunter since his teenage years and enjoyed fishing as well. He enjoyed spending time with his family at their camp on Raquette Lake during summers and hunted with family and friends during the fall. He also enjoyed golfing and gathering with friends for their weekly Wednesday happy hour, snowmobiling, and various outdoor home projects around his property. Michael and his wife frequently vacationed in Florida with friends and enjoyed several cruises over the years. At home he also enjoyed making homemade wine with his wife as a hobby. He was also a frequent blood donor to The American Red Cross.

Michael and Judith were married on August 18th, 1984. They enjoyed 38 years of blissful marriage and shared their countryside home in Schuyler, NY where they raised two beautiful daughters.  He was a very loving husband and father and referred to his wife as “my bride” throughout their marriage.

Michael is survived by his loving wife, Judith, and daughters Sarah Putney (Patrick) and Lisa Pasick (Brandon). He is also survived by brothers Mark Pasick (Becky) and Matthew Pasick (Barbara), sister Marianne (Pasick) Sampson, and Bob Peters, who was like a brother to him. He is survived by nieces and nephews: Heather Inscoe, Joseph Pasick (Courtney), Brienne Steffen (Michael), Daniel Pasick (Sara), David Pasick (Kayla), Crystal Davi (Jesse), Rachel Nimey (Mark), and Nicholas Sampson (Maite).  He is also survived by many great-nieces and nephews. Michael was predeceased by his parents Richard & Rita (Blachowiak) Pasick, his sister Marie ‘Suzie’ Pasick, and his cousin Father Mark Pasik.

Visitation for family and friends will be held on Sunday, November 27, 2022, from 2:00-5:00pm at Heintz Funeral Home, 408 Herkimer Rd., N. Utica. Michael’s funeral will be held the following morning at 10:00am at St. Peter’s Church in N. Utica. Following the funeral Mass, Michael will be buried at Mt. Olivet’s Cemetery in Whitesboro, NY.

Donations may be made in Michael’s honor to the American Red Cross (www.redcross.org) or to The Raquette Lake Fire Department, PO Box 160, Raquette Lake, NY 13436.

To send flowers to the family or plant a tree in memory of Michael Pasick, please visit Tribute Store
Sunday
27
November

Look inside to read what others have shared
Family and friends are coming together online to create a special keepsake. Every memory left on the online obituary will be automatically included in this book.
View Tribute Book
Share Your Memory of
Michael
Upload Your Memory View All Memories
Be the first to upload a memory!
Share A Memory
Send Flowers
Plant a Tree