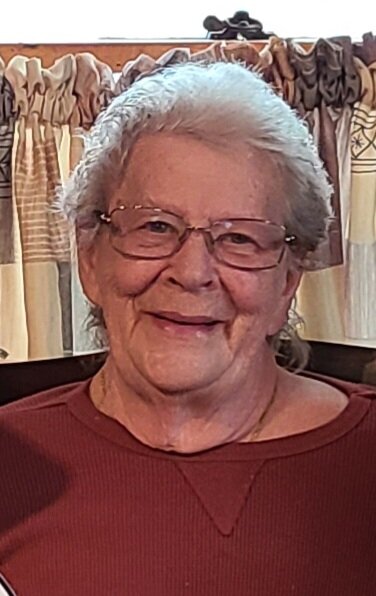 Please share a memory of Carol to include in a keepsake book for family and friends.
View Tribute Book

Mrs. Carol M. Nowicki, 80, of Utica, passed away on Thursday, November 24, 2022, in the comfort of her home with her beloved family at her side.

Carol was born in Utica, on July 25, 1942, the daughter of the late Frederick and Rosella (Zorn) Michel.  She was raised in Utica and was graduate of Utica Free Academy.  She then attended MVCC and took the courses for Dental hygienist.  On August 29, 1987, Carol was united in marriage to George Nowicki, a blessed union of 35 years.  Carol was a self-employed seamstress for several local drapery shops.

A prayer service will be held Friday, December 2, 2022, at 11:30 AM from the chapel of Mt. Olivet Cemetery, Whitesboro, with Deacon Chris Engel officiating.

Carol’s family would like to extend their heartfelt gratitude and thanks to Hospice and Palliative Care for the wonderful care and compassionate service they provided Carol and her family.

To send flowers to the family or plant a tree in memory of Carol Nowicki, please visit Tribute Store
Friday
2
December

Look inside to read what others have shared
Family and friends are coming together online to create a special keepsake. Every memory left on the online obituary will be automatically included in this book.
View Tribute Book
Share Your Memory of
Carol
Upload Your Memory View All Memories
Be the first to upload a memory!
Share A Memory
Send Flowers
Plant a Tree