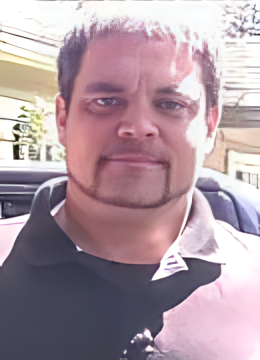 Please share a memory of Jozef to include in a keepsake book for family and friends.
View Tribute Book

Jozef was born in New Hartford, on August 14, 1980, the son of Anthony “Tony” H. and Theresa (Pavia) Oles and received his education in Utica schools.  At one time, Joey was owner/operator of Pavia Landscaping.  He will be remembered as a true friend and dedicated family man whose son Jozef was the joy of his life.

Jozef is survived by his beloved son, Jozef and his mother Jenn Neal of New Hartford; mother, Theresa Oles of New Hartford; two sisters, Toni Oles and Maria Christine Oles both of New Hartford; three special nieces, Isabella, Emma and Olivianna; a special friend, Carrie who stood by Joey till the end and lifelong friends, Lucas, Ryan, Paul, Ed and Mark, as well as several aunts, uncles and cousins.  He was predeceased by his father, Anthony; Grandparents, Jozef and Maria Oles and Charles and Marlene Pavia; and three uncles, Francis Oles, Chuckie Pavia and Anthony Pavia.

Visitation for family and friends is Friday, December 2, 2022, from 11:00 am-1:00 pm at the Heintz Funeral Home, 1517 Whitesboro St., Utica, followed by a prayer and time for remembrances at 1:00 at the conclusion of visitation.  He will be laid to rest with his father Anthony in Forest Hill cemetery in Utica.

To send flowers to the family or plant a tree in memory of Jozef Oles, please visit Tribute Store
Friday
2
December

Prayer and Time of Remembrance

Look inside to read what others have shared
Family and friends are coming together online to create a special keepsake. Every memory left on the online obituary will be automatically included in this book.
View Tribute Book
Share Your Memory of
Jozef
Upload Your Memory View All Memories
Be the first to upload a memory!
Share A Memory
Send Flowers
Plant a Tree