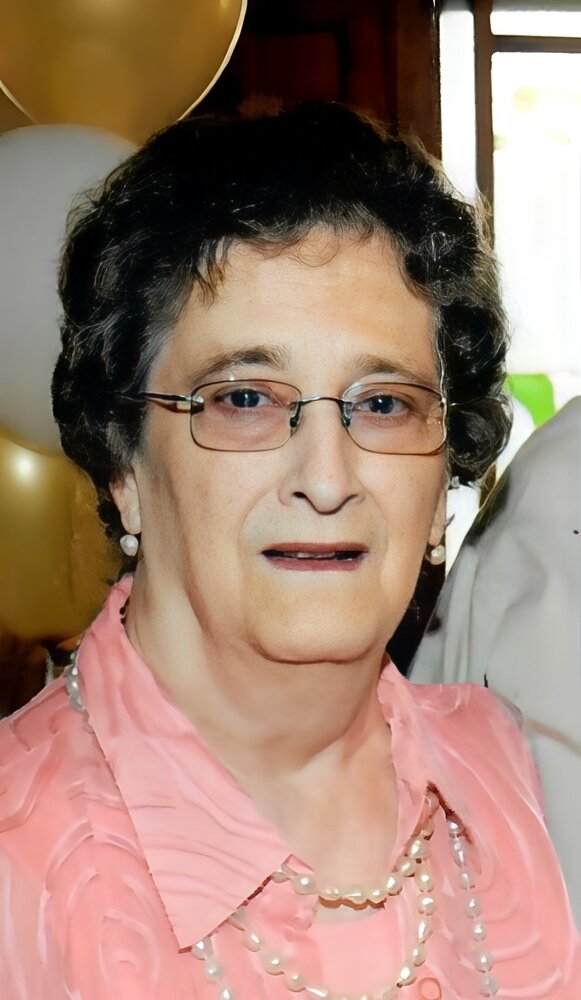 Please share a memory of Frances to include in a keepsake book for family and friends.
View Tribute Book

Frances was born in Utica, on August 7, 1934, the daughter of Stanley and Mary (Narbone) Strycharz.  She was raised in Utica and was a graduate of Proctor High School, where she was an outstanding athlete.  On September 7, 1957, Frances was united in marriage with Jack R. Rightmier, a loving and devoted union of 60 years, until Jack’s death in 2018.  At one time, Frances was employed with General Electric Company in Utica and for many years until her retirement, with the Utica City School District. Frances enjoyed crocheting and made an Afghan for every member of her family.  She was an honorary life member and dedicated volunteer at the Utica Maennerchor and a devout parishioner of St. Peter’s Church in N. Utica. Frances was a loving and devoted wife, mother, grandmother and great grandmother whose family was her greatest joy.

Mrs. Rightmier’s funeral will be held on Saturday, December 17, 2022, at 10:00 a.m. at St. Peter’s Church, 422 Coventry Ave., Utica, where her Mass of Christian burial will be celebrated.  Her Rite of Committal and entombment will be in Calvary Cemetery Mausoleum in Utica.  Visitation for family and friends is Friday from 4:00-7:00 p.m. at the Heintz Funeral Home, 408 Herkimer Rd., N. Utica.

To send flowers to the family or plant a tree in memory of Frances Rightmier, please visit Tribute Store
Friday
16
December

Look inside to read what others have shared
Family and friends are coming together online to create a special keepsake. Every memory left on the online obituary will be automatically included in this book.
View Tribute Book
Share Your Memory of
Frances
Upload Your Memory View All Memories
Be the first to upload a memory!
Share A Memory
Send Flowers
Plant a Tree