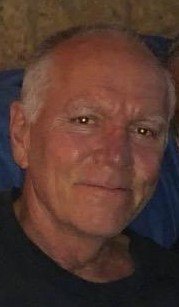 James was born in Utica, on August 22, 1957, the son of Albert and Margaret (Greico) Baker.  He was raised and educated in Utica and was a graduate of Proctor High School.  On August 30, 1986, Jim was united in marriage with Mary J. Oliver, a loving and devoted union of 33 years.  For 38 years, Jim was employed as a tug boat Captain with the NY State Canal Corp.  Jim enjoyed fishing, dancing, listening to music and had a “green thumb” when it came to tending to his flower garden.  He was also an avid NASCAR, Boston Red Sox and Boston Bruins fan and a parishioner of St. Anthony & St. Agnes Church in Utica.  Jim will be remembered as a loving and devoted, husband, son, father, grandfather, brother and friend, whose life was centered around his family.

James’ family extends their heartfelt gratitude to the 2nd floor staff and administrative team at the Pines at Utica, for the excellent care and comfort you provided to our beloved husband and father during his last months.