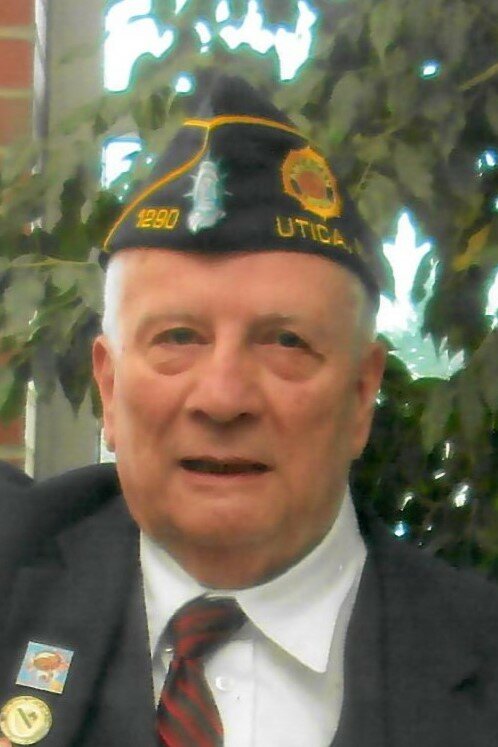 Please share a memory of Peter to include in a keepsake book for family and friends.
View Tribute Book

Mr. Peter Cardone, Jr., 81, of Schuyler, passed away on Wednesday, March 30, 2022 at Faxton-St. Luke’s Healthcare in New Hartford, with his loving family by his side.

Peter was born in Utica, on March 15, 1941, the son of Pietro and Rose (Bello) Cardone.  He was raised locally and was a graduate of Proctor High School.  Peter proudly served in the US Army from 1963 until his honorable discharge in 1965.  At one time, Peter was employed in the Radio Receiver division of General Electric Company in Utica, and for many years, until his retirement, as an engineer with CSX Railroad.  Peter was an avid baseball enthusiast who enjoyed attending his nephews little league games and who was also very active in American Legion baseball.  He was also an avid NY Yankees and NY Giants fan.  Peter was a member of American Legion Fort Schuyler Post 1290 in Utica and a devout parishioner and dedicated volunteer at St. Peter’s Church in N. Utica.

To send flowers to the family or plant a tree in memory of Peter Cardone, Jr., please visit Tribute Store
Sunday
3
April

Look inside to read what others have shared
Family and friends are coming together online to create a special keepsake. Every memory left on the online obituary will be automatically included in this book.
View Tribute Book
Share Your Memory of
Peter
Upload Your Memory View All Memories
Be the first to upload a memory!
Share A Memory
Send Flowers
Plant a Tree