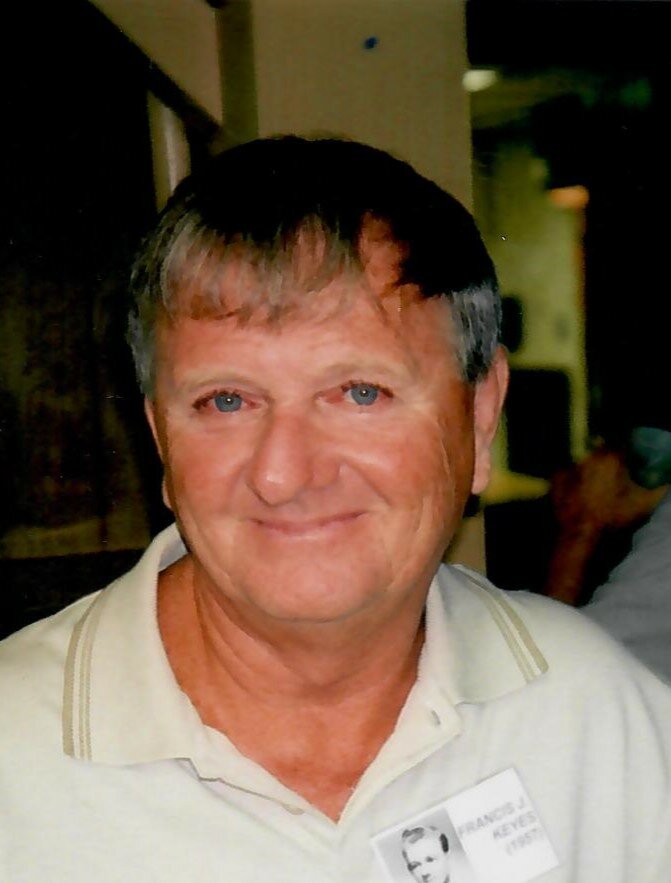 Francis was born in Utica, on August 21, 1939, the son of Francis J. and Clara M. (Regetz) Keyes.  He was raised in Utica, was a graduate of St. Patrick’s Grade School and St. Francis de Sales High School, Class of 1957.  He later attended the University of Miami for 1 year and in 1981 earned his LPN license from BOCES in New Hartford.  Fran honorably served his country for 27 years, in the US Navy, where he served during the Vietnam War and the United States Army Reserve, where he served during Desert Storm.  For 14 years, Fran was employed with UNIVAC Sperry Rand and for 5 years, as owner and operator of Paradise Polar Drive In.  He continued his employment as owner and operator of Fran’s Pub and finally retired as an LPN with the Masonic Home in Utica.  Fran was an active and dedicated member of numerous organizations in the Utica and surrounding area and was recognized for his service.  In 1968, he was honored as CYO Youth Man of the year; 1970 was made an honorary member of Jan Robak post, where he was awarded the PLAV National Distinguished Service Citation in a testimonial dinner; 1981 he was voted into the Optimist Club of East Utica Hall of Fame for Youth Activities; 1973-1975, he was elected Democrat Councilman, 1st District, West Utica and from 1983 to 1995 elected Democrat County Legislator for the 23rd District, West Utica.  Fran was past director of the Utica Jaycees, Vice, VP and board of directors of the West Utica Senior Center, vice-president of the West Utica Democratic Club, 4th degree member of Knights of Columbus Council 189, Utica, former member of American Legion Utica Post 229, former member of the Utica Moose Club and past president of PLAV Little League and founder of PLAV Minor League, founder of Robak Falcons Pop Warner Football Team, founder and director of PLAV Youth Hockey Association, vice-president of the Greater Utica Pony and Colt Baseball League and served as a coach of Pony league teams for many years. He was also the founder and manager of the Robak Angels travel baseball team for 20 years, former coach of Robak Post Muny League team, former coach of Fort Schuyler American Legion Baseball, founder and coach of the Town of Schuyler American Legion Baseball, former coach of Holy Trinity CYO grammar school basketball, high school basketball and grammar school track team, former manager of many Kiwanis youth baseball teams, past secretary of the UNIVAC Bowling League, former American Legion Bowling Association Youth Bowling coach for the top area bowlers in the 1960’s and was the author of a 700 and 736 series.  Fran was a former parishioner of St. Joseph & St. Patrick Church in Utica.

Relatives and friends are respectfully invited to Mr. Keyes’ memorial Mass of Christian burial on Wednesday July 20, 2022 at 10:00 a.m. at Mary, Mother of Our Savior Parish, Our lady of Lourdes Campus, 2222 Genesee St., Utica.  He will be laid to rest in Mount Olivet Cemetery in Whitesboro.  Visitation for family and friends is Tuesday from 5:00-7:00 p.m. at Heintz Funeral Home, 1517 Whitesboro St., Utica.

To send flowers to the family or plant a tree in memory of Francis Keyes, Jr., please visit Tribute Store
Tuesday
19
July