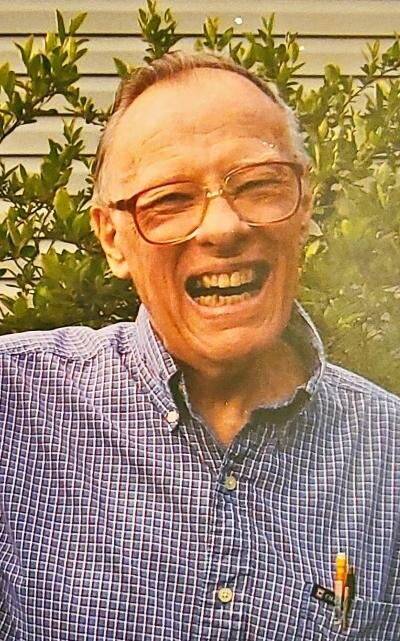 Please share a memory of James to include in a keepsake book for family and friends.
View Tribute Book

James was born in Utica, on January 1, 1932, the son of Don and Florence (Koen) Fox.  He was raised and educated in New Hartford, was a graduate of New Hartford High School and earned his master’s degree at Albany State College.  James proudly served in the US Army during the Korean War.  On June 22, 1958, James was united in marriage with Joanne Gorham, a loving and devoted union of 64 years.   James was a math teacher and started his career at Holland Patent High School and for many years, until his retirement, at Conard High School in West Hartford, CT.  James was a life-long learner and took the step of earning a doctorate of mathematics degree at UCONN.  He enjoyed traveling with his wife, and was proud to have visited all 50 states as well as numerous countries on many continents.

Mr. Fox is survived by his beloved wife, Joanne; one daughter and son-in-law, Janice and Brian Shepard of Watertown, NY and two sons and one daughter-in-law, David and Victoria Fox of White Plains, NY and Steven Fox of Meriden, CT.  He is also survived by a sister Marilyn Jackson of Las Vegas Nevada. He was predeceased by his sister, Barbara Schultz.

In keeping with James’ wishes there is no visitation or services.  There will be a celebration of life at a later date.

To plant a beautiful memorial tree in memory of James Fox, please visit our Tree Store

A Memorial Tree was planted for James
We are deeply sorry for your loss ~ the staff at Herkimer Road Location - Heintz Funeral Service Inc.
Join in honoring their life - plant a memorial tree
Online Memory & Photo Sharing Event
Online Event
About this Event

Look inside to read what others have shared
Family and friends are coming together online to create a special keepsake. Every memory left on the online obituary will be automatically included in this book.
View Tribute Book
Services for James Fox
There are no events scheduled. You can still show your support by planting a tree in memory of James Fox.
Plant a tree in memory of James
Share Your Memory of
James
Upload Your Memory View All Memories
Be the first to upload a memory!
Share A Memory
Plant a Tree