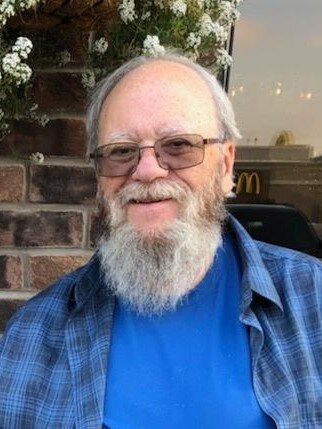 Please share a memory of Joseph to include in a keepsake book for family and friends.
View Tribute Book

He was born in Quantico, VA., on January 6, 1954, son of the late Albert J. and Georgiana M. (Guenette) Bessette.  He was educated at St. Peter’s Catholic School and then graduated from JFK.  On July 16, 1977 he was united in marriage to the former Floy M. DiNitto.  A blessed union of 45 years.  He was employed several years by Chanatry’s Hometown Market, MetLife and last as a customer service agent at APAC, Utica.

Joseph was a life long member of St. Peter’s Catholic Church.  As a boy he served as altar boy and as he got older became lector and later became eucharistic minister.

Joseph enjoyed photography, collecting watches, coins, clocks, stamps, bird watching and all kinds of gardening.  He loved tropical fish and building his model trains.  But most of all was the love for his family which he cherished more than anything.

To send flowers to the family or plant a tree in memory of Joseph Bessette, please visit Tribute Store
Friday
30
September

Look inside to read what others have shared
Family and friends are coming together online to create a special keepsake. Every memory left on the online obituary will be automatically included in this book.
View Tribute Book
Share Your Memory of
Joseph
Upload Your Memory View All Memories
Be the first to upload a memory!
Share A Memory
Send Flowers
Plant a Tree