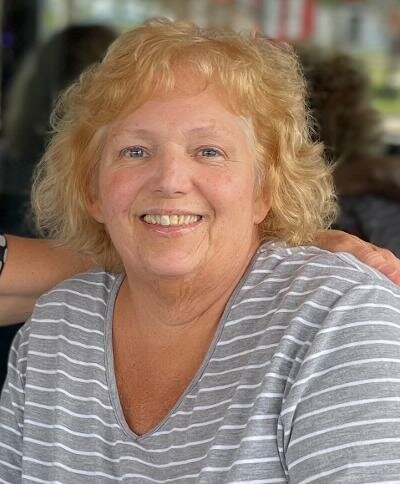 Please share a memory of Christine to include in a keepsake book for family and friends.
View Tribute Book

Christine Anne Wiegand, 63, of Utica passed away on Monday, September 26, 2022, at MVHS, St. Luke’s campus, New Hartford after a courageous battle with cancer.

She was born on April 28, 1959, the daughter of the late Howard and Rita (Lloyd) Edwards.  She was raised and educated in Utica schools and graduated from UFA.  On June 17, 1989, she united in marriage to Raymond Wiegand at Blessed Sacrament Church, Utica.  Christine had various employment opportunities her last one was working in the medical billing department for the Senior Network Health and VNA at the Center for Rehabilitation and Continuing Care Services (CRCCS).

Christine in her spare time enjoyed sewing and reading.  She perfected the art of gift wrapping down to a science.  She also was an excellent cook, she prepared many fabulous meals.

Relatives and friends are invited to pay their respects on Sunday, October 2, 2022, from 1-3 PM at Heintz Funeral Service, Inc., 408 Herkimer Road, Utica followed be a prayer service at 3:00 PM.  Interment will take place at the convenience of the family.

Mrs. Wiegand’s family extends their heartfelt gratitude to Dr. Butala and Dr. Finocchiaro and their staff for the care and compassion shown to them and to Christine.

To send flowers to the family or plant a tree in memory of Christine Wiegand, please visit Tribute Store
Sunday
2
October

Look inside to read what others have shared
Family and friends are coming together online to create a special keepsake. Every memory left on the online obituary will be automatically included in this book.
View Tribute Book
Share Your Memory of
Christine
Upload Your Memory View All Memories
Be the first to upload a memory!
Share A Memory
Send Flowers
Plant a Tree