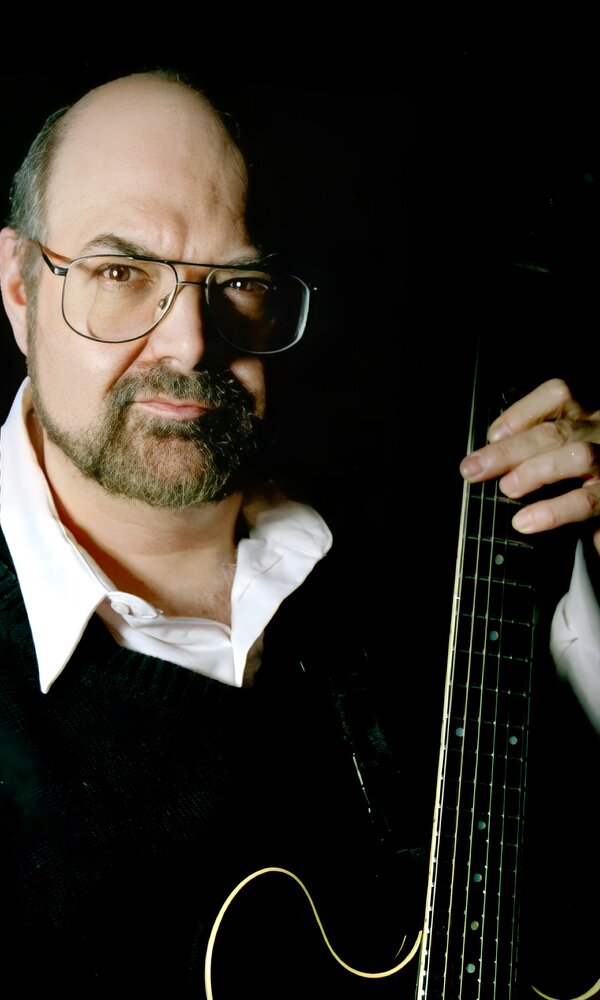 Please share a memory of Carmen to include in a keepsake book for family and friends.
View Tribute Book

Carmen Caramanica, 77, of Utica, NY passed away on January 16, 2023, surrounded by loving family and friends. He was born on December 12, 1945, in Bridgeport, CT, the youngest son of Carmen Caramanica Sr. and Angeline Paternoster. He moved to his mother’s hometown of Utica, NY seven years later.

At the age of 9, Carmen suffered a hip injury which kept him in Children’s Hospital for about four years. During the last six months of his hospital stay the staff found a guitar instructor, George O’Dell, who was willing to come and teach Carmen in his hospital bed. After being discharged, Carmen continued what would be a lifetime love of music. While still in high school, Carmen played in local rock bands and started teaching guitar at a local music store where he met his second teacher, Mike Ciola. Mike gave Carmen the love of jazz guitar that altered Carmen’s musical career.

With this new direction Carmen started a lifelong passion for musical self teaching, including composition, orchestration, and musical arranging. He would pester older local music teachers and professionals to pass on their skills to him. This obsession would serve him well later in life!

In 1966 Carmen married his high school sweetheart, Wendy Bubel. Together they took great joy in raising their daughter Elizabeth. Wendy passed away in July 2010.

After deciding to make music his career, Carmen taught guitar locally and was in area semi-professional bands, notably “Fuel.”

As a traveling musician Carmen was eventually offered a gig as guitarist for jazz[1]blues singer Lou Rawls, and was quickly elevated to the position of musical director. As such, Carmen performed multiple times on NBC’s Tonight Show starring Johnny Carson and many of the popular television shows of the era: Merv Griffin, Mike Douglas, Dinah Shore, Barbara Mandrell, Dick Clark Specials, The Midnight Special, Tony Orlando’s First NBC Special, Jerry Lewis Telethons, Danny Thomas St. Jude’s Telethons, and more. Carmen recorded and arranged music for Lou Rawls and recorded on several movie scores and phonograph albums. His years with Rawls included playing guitar on concert tours and acting as his Las Vegas conductor, a position he remained in from 1972-1976. By 1978, he was back out on tour with Raquel Welch’s Vegas Show and then as a featured guitarist for singer Tony Orlando.

In 1986 Carmen retired from the road and devoted himself to his teaching career. He opened Carmen Caramanica Music Instructions Studio in New Hartford and taught countless students for the next 35 years. He also dedicated himself to performing with the Carmen Caramanica Jazz Trio featuring himself, Cosmo Castellano and Rick Compton. Carmen often mentioned how blessed he felt to create music with these two special musicians and dear friends. He was also greatly indebted to his dear friend Larry Lazarek, who helped set up and maintain the studio and assist with just about anything through the years, from automobile and home repairs to recording at the studio and so much more.

Throughout his performance and traveling career Carmen had always maintained a teaching practice. Besides his private lesson’s studio, Carmen taught as an adjunct instructor for Hamilton College and MVCC, and did clinics for Utica College and Syracuse University’s music department.

Carmen loved to tell stories of his life and his career as a road musician. In 2020, he began writing down these memoirs, culminating in the publication of his book "It Started With a Guitar: Six Strings and a Dream" in 2022. He was delighted with the turnout at his book signing in November.

Calling hours will be held on Friday, January 20, 2023, from 4:00-8:00 pm at Heintz Funeral Home, 408 Herkimer Rd., N. Utica. Carmen’s funeral Mass of Christian burial will be celebrated on Saturday, January 21st at 10:00 am at St. Mary of Mt. Carmel/Blessed Sacrament Church in Utica. Interment will follow at Calvary Cemetery. In lieu of flowers, please consider a donation to St. Jude Children's Hospital or Anita's Stevens-Swan Humane Society. Envelopes will be available at the funeral home.

To send flowers to the family or plant a tree in memory of Carmen Caramanica, please visit Tribute Store
Friday
20
January

Look inside to read what others have shared
Family and friends are coming together online to create a special keepsake. Every memory left on the online obituary will be automatically included in this book.
View Tribute Book
Share Your Memory of
Carmen
Upload Your Memory View All Memories
Be the first to upload a memory!
Share A Memory
Send Flowers
Plant a Tree