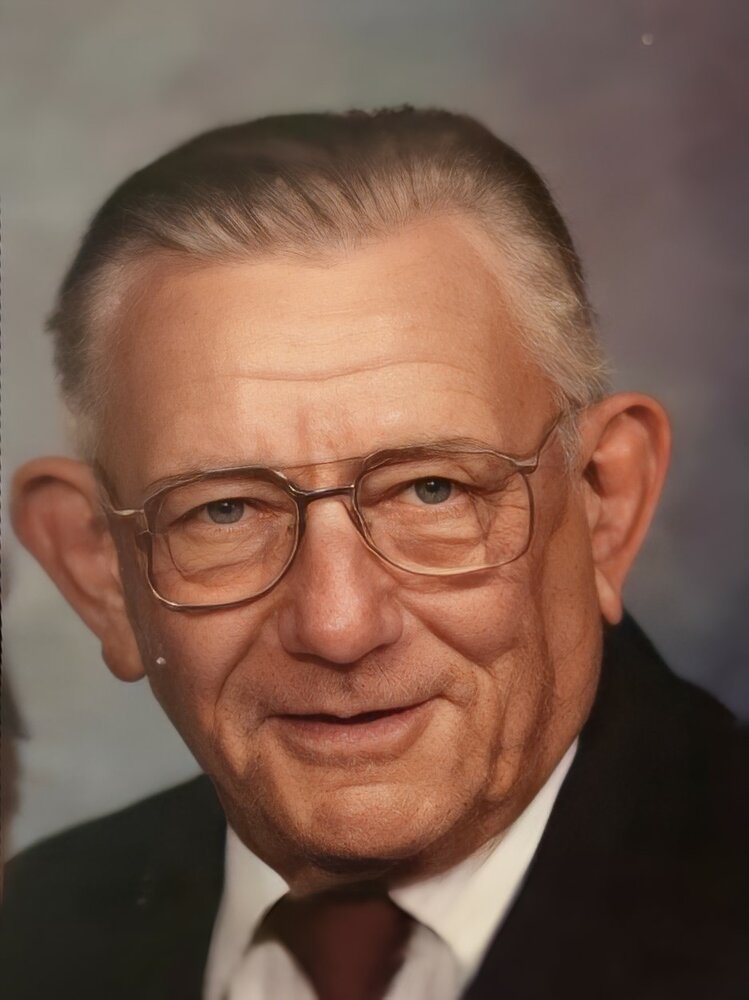 Please share a memory of George to include in a keepsake book for family and friends.
View Tribute Book

Mr. George D. Siegenthaler, 97, of Verona Beach, NY, passed away on Wednesday, January 18, 2023, at the Hospice Siegenthaler Center in New Hartford with his loving family by his side.

George was born in Utica, on November 24, 1925, the son of David and Catherine (Kiefl) Siegenthaler.  He was raised and educated in Utica and was a graduate of St. Francis de Sales High School.  George proudly served in the US Army during WW II.  On June 11, 1949, George was united in marriage with Ann T. Kistner at St. Patrick’s Church in Utica, a devoted union of 73 years.  At one time, George was employed with Utica Cutlery Company, later as a truck driver with Griffiss Air Force Base in Rome and for many years, with General Electric Company in Utica, retiring in 1985.  George enjoyed fishing, boating, snowmobiling and traveling.  He was a lifelong member of American Legion Post 1153 in Sylvan Beach, St. Mary’s on The Lake Church in Verona Beach, a 4th Degree member of Knight of Columbus, council 189 in Utica, and a former member of the Moose Lodge in Marcy.

Mr. Siegenthaler’s funeral will be held on Saturday, January 28, 2023, at 10:00 a.m. at St. Joseph & St. Patrick Church, 702 Columbia St., Utica, where his Mass of Christian burial will be celebrated.  He will be laid to rest in Resurrection Chapel Mausoleum at Holy Trinity Cemetery in Yorkville.  Visitation for family and friends is Friday, January 27th from 4:00-6:00 p.m. at Heintz Funeral Home, 1517 Whitesboro St., Utica.  Those wishing to make a donation in George’s memory, please consider the Hospice Siegenthaler Center, 4277 Middle Settlement Rd., New Hartford, NY 13413.  Envelopes will be available at the funeral home.

To send flowers to the family or plant a tree in memory of George Siegenthaler, please visit Tribute Store
Friday
27
January

Look inside to read what others have shared
Family and friends are coming together online to create a special keepsake. Every memory left on the online obituary will be automatically included in this book.
View Tribute Book
Share Your Memory of
George
Upload Your Memory View All Memories
Be the first to upload a memory!
Share A Memory
Send Flowers
Plant a Tree